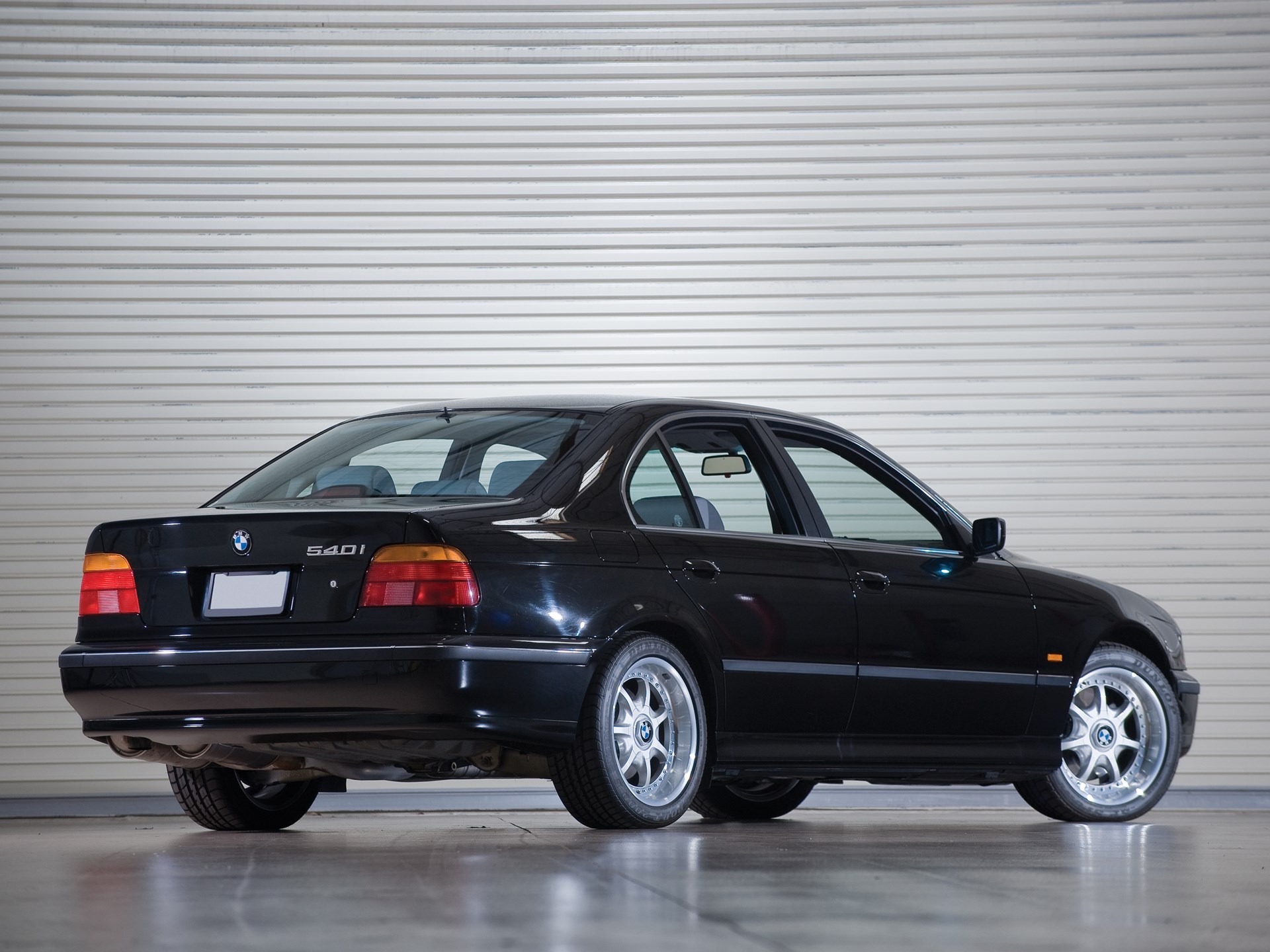 It’s 1996 and you’re sitting in your living room watching the Olympics. During a commercial break, BMW’s award winning commercial for their redesigned BMW 5 Series shows the streets of New York City flooded with water, but most notably boats floating up and down city streets with the E39 540i navigating its way trough maritime traffic. It’s possible that at this point in time, the viewers who saw this commercial that summer had no idea of the ramifications the 5 Series would have on the automotive industry, while also ushering in an era of European luxury cars dominating the market.

Before dissecting this commercial and then fast forwarding to the present day, 1996 was a year of transition for the American auto market. Japanese manufacturers like Toyota and Honda are continuing to grab market share away from Ford, GM, and Chrysler due to their cheaper and practical cars, which is creating a seismic shift in consumer behavior as even in the mid 90’s, Americans were still loyal to auto manufacturers based in Detroit. As history tells us 20 years later, this transition will continue at a rapid pace leading to Toyota and Honda becoming prominent brands in the US Market.

It’s in this same year that BMW, Mercedes Benz, and Porsche unleash two seater convertibles: the Z3, SLK Class, and the Boxster. The Z3, already receiving notoriety after being featured in the James Bond movie “GoldenEye”, arrives at BMW showrooms shortly after the release of the movie. The Porsche Boxster will soon play a significant role in the German brand’s emergence in the US, and is just one of the few surprises Porsche is going to release within the next 10 years. The Mercedes Benz SLK is often the forgotten one out of the three, mostly due to the Z3 getting the spotlight, but also by the new millennium the redesigned SL is going to take center stage, overshadowing the SLK’s existence.

However, there’s still one segment Ford and GM own with a tight grip, and that’s the luxury sedan market. Lincoln, Mercury, Cadillac, Oldsmobile, and Chrysler (to an extent) are the old giants that stand in the way, and BMW is ready to accept the challenge with their E39 5 Series.

Back to analyzing the commercial, the boats signify the American luxury cars of the day. We can joke about the modern day Challenger being a boat, but the Lincoln Town Car and Continental, Mercury Grand Marquis, Cadillac Deville and Fleetwood were all bigger cars with boxy exteriors. Seeing the BMW weave through traffic with ease was meant to show it’s maneuverability, and not be a huge car that couldn’t get out of its own way. The last statement made in that commercial was, “Why float through life, when you can drive?”. This would resonate with younger consumers who really had a limited selection of luxury cars to choose from, especially if they didn’t want to drive cars their grandparents and aging parents owned.

The E39 540i/M5 wasn’t just a four door performance car that even today we marvel at, but the E39 in general was a luxury sedan that would reshape the automotive industry forever. In 1996, Mercedes Benz and Audi hadn’t found their way yet, but they too would be emboldened to compete with BMW by the end of the decade. This would then lead us to almost 18 years of competition between the German brands, which eventually dragged Jaguar, Maserati, and Volvo into the mix by 2014. But I’m getting way ahead of myself.

The 540i that was shown in that commercial was priced at $50k, but the 5 Series in 1996 had a base price of around $38k which was right in line with American luxury sedans. While the US economy was very different 22 years ago, the slow progression to European luxury cars dominating the market can easily be attributed to the E39 5 Series, and it was the beginning of bigger and better vehicles from Germany that would continue to put nails in the coffin of American automotive giants that ruled for over 60 years.

Too often we look at the E39 from a performance aspect, and some believe that the Chevrolet SS is the only car since 1996 that most resembles the E39 5 Series. However, when it comes to defining a luxury sedan, that’s where BMW reshaped an entire segment. Luxury cars in the 90’s were boats, much like their predecessors before them. While cars were slowly downsizing, the E39 accelerated the change by not only being smaller than a Lincoln or Cadillac, but also being sporty. If we walk into dealership showrooms today, luxury cars come with optional sports appearance packages and engines putting out impressive horsepower numbers. It wouldn’t be a stretch to go back 20 years and attribute that to the 540i.

Indirectly, the success of the 5 Series kickstarted the beginning of an arms race between the German auto manufacturers which then got the rest of Europe involved by the late 2000’s to early 2010’s. Mercedes Benz and Audi started producing sleek cars to compete against BMW, Jaguar then replaces the S-Type with the XF and later the XE enters showrooms, Maserati releases the Ghibli, Alfa Romeo reemerges in the US with the Giulia, and now under the ownership of Geely, Volvo is ready to be a legitimate threat to German manufacturers with a very impressive redesigned S60.

Jaguar, Maserati, Alfa Romeo, and Volvo were really niche brands, and even today they still are to an extent. I’m not going to downplay the effect crossovers have had on these brands, which is a story for another day as BMW and Mercedes Benz could be the patriarchs of a luxury SUV craze that swept through an entire industry with the X5 and ML Class hitting the market in 1998-1999. However, the E39 has certainly played a role, whether directly or indirectly, in the decision to produce four door sports cars that also have luxury car qualities, and the Audi B9 S4 is the perfect example of that.

At the end of the day, no matter which car you want to pinpoint as the culprit for the modern day four door luxury sedan, the E39 5 Series challenged the status quo, making luxury cool for younger consumers and not just a vehicle for aging Americans 65 and older. The performance side of the 540i/M5 certainly helped grab attention from drivers who wanted an exhilarating and engaging driving experience. This car’s massive impact on the automotive industry shouldn’t be overlooked, and as car enthusiasts who now have a variety of luxury sports sedans to choose from, we owe that to the E39 5 Series.