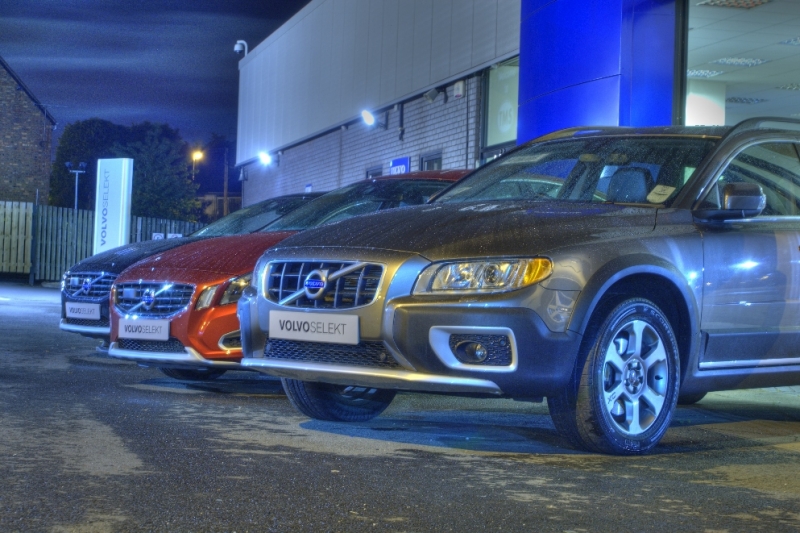 In the month of April, Volvo was outsold by Porsche in the United States, 5,217 cars to 4,636 sold by the Swedish automaker. This is very alarming, especially since Porsche’s prices are higher than Volvo’s, and also their vehicles were once rarer. What happened? It wasn’t too long ago, 8 years ago in fact, that Volvo’s yearly sales were in the six figure range. In 2014, the annual sales were at 56,366, which was a 5,000 car drop from the previous year. Volvo is heading into a very dangerous time, and you could say that the new XC90 will keep the company afloat until the major lineup changes take affect in 2017, but I don’t think you can wait another two years before sales figures could, and I stress could, rebound.

Mercedes Benz, Audi, and BMW are in contention for the number one spot, steamrolling over any car brand that even tries to compete with the German luxury car market. But the fact that Volvo was outsold by Porsche is a major concern, and here’s why. The Porsche Macan, Cayenne, and Panamera made up a huge portion of sales in the month April, which means they’re successfully selling their four-door vehicles. The bulk of Volvo’s sales came from the XC60 and S60, with the V60 and V60 CC chipping in with a combined total of just over 700. Now that we’ve seen what’s working for both automakers, it’s time to look at how Volvo dealerships can help improve car sales for the brand. Yes, you the dealerships can play a major role in your car brand’s overall sales.

I’ve had the pleasure of being inside the Volvo S60, and quite honestly, it was enjoyable to drive and sit in. Comfortable interior, and being the owner of an S40, I didn’t feel like I was in a drastically different car, which I liked. With 240 horsepower for the base model, that competes with and beats some of the German competitors in terms of power. You’ve got to let the consumer know that. Brand perception is still holding strong with the “It’s a family man’s car” or “For the Middle-aged adult”. I was at the car show in Boston this past January and there were more than just families in the Volvo section. Twenty-five year olds were surrounding the S60 Polestar, and they didn’t just sit and stare at it, they read the description next to it. There was a genuine interest.

Looking at the various lease options for the S60 from a number of local Volvo dealerships, the S60 is also cheaper to lease monthly than the Audi A3 and A4, Mercedes Benz CLA, and C-Class, and in some cases even cheaper than the BMW 320i X-drive. The S60 beats the competition, not only in power but also price. You have to make that known to the customer, and by advertising and posting content on social media, you can help spread the awareness.

The XC60 seems to be your best seller, and for good reason. But very rarely do I see Volvo dealerships making the XC60 a main focal point on social media. I know that the XC60 is due for a platform change that should happen in 2017, along with the S60/V60, but with a two year buffer, you have to continue pushing the crossover SUV. Porsche is clearly beating you to the punch, and consumers are willing to pay extra if need be to get a luxury crossover or SUV.

The V60 is another car that I don’t see being pushed much on social media, or even in other forms of advertising for that matter. The V60 Cross Country almost outsold the XC70, while also being 87 cars behind the V60 variant. In terms of luxury the V60 is one step higher than Subaru, and again, Volvo isn’t playing this up to their advantage. The V60 CC could have seen stronger sales, especially after the winter we experienced here in the Northeast. But again, Volvo dealerships missed a golden opportunity to promote their off-road capable station wagon.

Lastly, with the XC90 being the most iconic car for this generation of Volvo’s, it’s been somewhat disappointing to see dealerships not emphasizing the importance of this car, while also building up excitement for its release. Right now dealerships are doing the best they can, but hopefully with the new XC90 hitting showrooms, Volvo dealerships will give customers an inside look of their cars, whether that be at local events, or on social media.

Social media is vital to your car brand’s success. You have to utilize Facebook and Instagram. I see the passion for Volvo’s by current owners. They need a reason to go back to the dealership and consider trading in their old Volvo for a new one. The new Volvo’s are absolutely beautiful and I find them to be a dark horse in its market. You have to bring them to light, and make consumers aware of the better options your car company can provide.