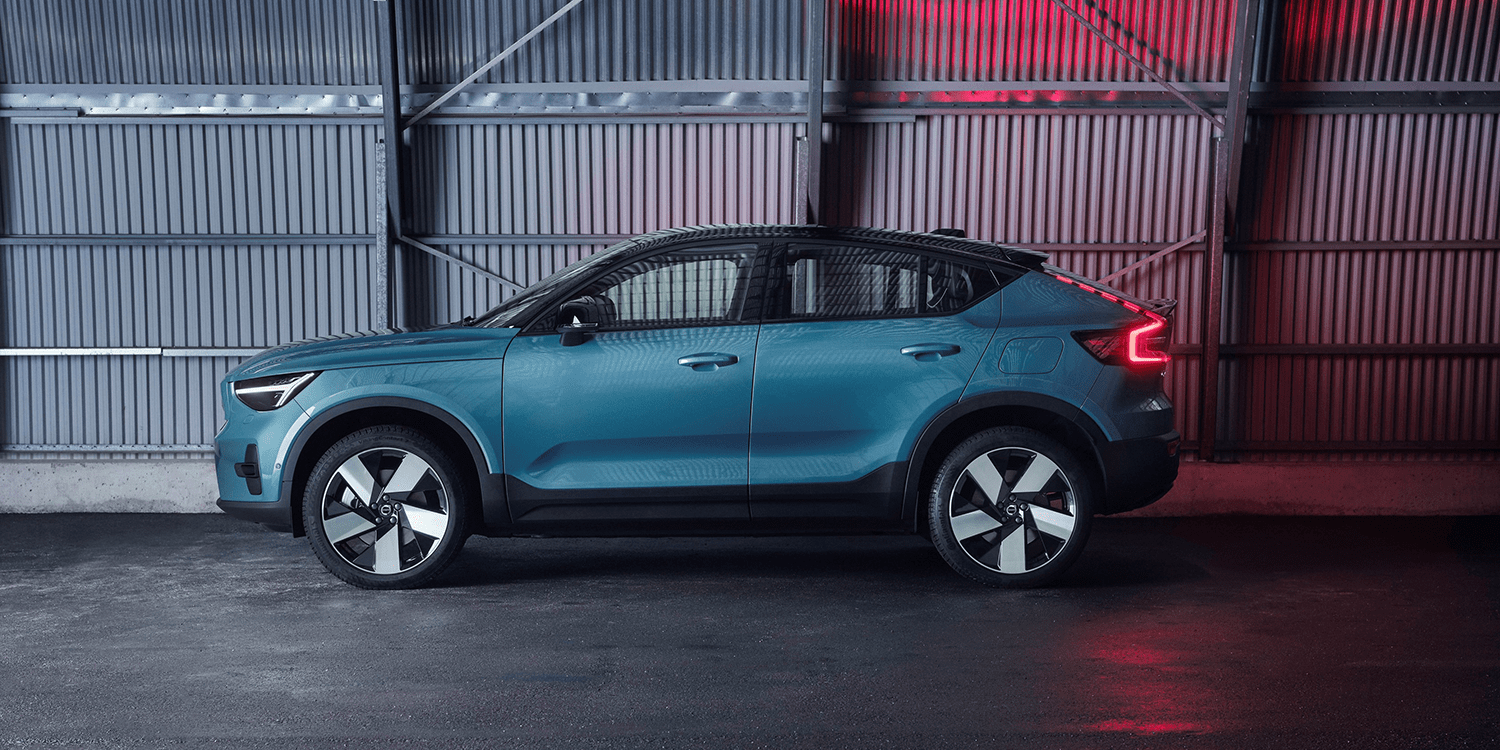 It came as no surprise a few years ago when Volvo announced that they were transitioning to a full electric car lineup and implementing these changes immediately, as they rolled out a number of plug-in hybrids and a fully dedicated electric crossover with the XC40 Recharge. Fully aware that the automotive world is heading in an electrified direction, Volvo has been proactive, repurposing their performance division, Polestar, to help accelerate and advance their ambitions during the first half of the 2020’s. While on paper this Swedish manufacturer is doing everything right, one could argue that they’ve put the cart before the horse; potentially being way ahead of their time as rival brands have taken a more gradual approach to incorporating EV’s and plug-in hybrids into their lineups.

The question of whether Volvo is ready to start a new chapter in the company’s history and being known as an electric car brand moving forward has already been answered. When you step inside and test drive an XC40 Recharge, the fit and finish, interior comfort, and technology is exceptional, and in fact could be class leading if you exclude Tesla. The ride quality and performance is a step above a gas powered XC40, as the electric motors not only propel this crossover to a quicker acceleration time, but the added weight of the battery placement adds a lower center of gravity, making it handle and corner better than a conventional SUV. Even better they beat all their traditional competitors to the punch in this segment, as the Audi Q4 hasn’t arrived in the US yet, Mercedes Benz is still in the beginning stages of electrification, and BMW is pursuing other markets with the i4 and iX.

More signs of optimism for Volvo is that their first EV sedan, the Polestar 2, has received high praise and positive feedback for once again providing a welcoming interior and designing a car that looks classy and luxurious. What’s holding the Polestar 2 back at the beginning of 2022 is that the dealer network is still a work in progress, with stores beginning to popup across the country in major cities.

Not getting enough attention is how Volvo has been able to accomplish all of this in just a few short years as others lag behind, and that’s thanks to the brand not reinventing the wheel by spending years developing a brand new car and platform. Instead they used the already existing XC40 to be the first EV, and the Polestar 2 originally started out presumably as a Volvo S40 concept, which would have been an Audi A3, Mercedes Benz A-Class, and BMW 2 Series Gran Coupe alternative. As history has shown us, they went in a different direction, and made the Volvo Concept 40.2 the first EV for the Polestar sub brand.

Despite the great strides Volvo has made in the EV world and prioritizing plug-in hybrids, there’s a few key factors that come into play where the excitement and admiration turn into pessimism and doubt. Starting off with what Volvo can control within the confinements of their factories is that the range, or the lack thereof for the XC40 Recharge and Polestar 2 is why so many early adopters for EV technology have turned to Tesla who can offer 300+ miles on a charge. When the XC40 can only give you 223 miles, and the Polestar 2 with 249 miles (270 if you opt for the Long Range Single Motor – FWD) there’s few incentives as to why buyers should go Swedish for their first electric car.

Now, I know what you’re thinking. “No one travels 250 miles a day, and this is most certainly enough for most consumers who live in the city or suburbs”. You’re right, but the consumer market has shown time and time again that they feel more comfortable with a vehicle that can promise 300+ miles because that’s what their gas powered car can achieve on a full tank of gas, It’s reasonable to have this opinion and thought process because that’s where the bar has been placed, and at the moment, Volvo, like many others are having a difficult time trying to reach those expectations.

Then getting into the plug-in hybrid side of the equation, the entire lineup now has a PHEV variant, with the XC90 and XC60 being the primary focus as crossovers have always performed better when it comes to sales over sedans and wagons. The XC90 is rated at 18 miles of electric range, which is admirable and a good first step at being more efficient, but then when cross shopped against the BMW X5 PHEV, there’s a 12 mile disparity, where the X5’s 31 miles of electric range theoretically could get you to and from your destination without even burning gas.

The XC60 PHEV on the other hand is rated at 19 miles on an electric charge, which again is likely going to be more than adequate for most buyers, however just like it’s bigger sibling, theres another rival from Europe that outclasses Volvo in this market. For 2022, the Audi Q5 PHEV is now rated at 23 miles per charge, and while 4 extra miles is nothing to overreact about, it’s important to note that competitors who aren’t fielding a full electrified lineup are performing better when it comes to efficiency.

Final cost is a big one, and specifically for Volvo you don’t need to look outside the brand to cringe when shopping for a full EV or plug-in hybrid. The XC40 Recharge has a base price of just over $56k before even adding extra packages and features, while a gas powered XC40 T5 will begin at $38,200. There’s roughly an $18k gap that needs to be bridged, and this is likely why so many consumers on the fence continue to buy a conventional crossover simply due to pricing. Now, Volvo still qualifies for the $7500 federal tax credits that should ease the pain when you take a glance at your finances.

But what if you’re completely ok with spending $60k on an EV and you start the cross shopping process. That’s when range and efficiency once again emerges, as a Tesla Model Y Long Range can offer 300+ miles for a similar cost, and even though you won’t benefit from the federal tax credits, you’ll likely lean towards Tesla like so many others have.

This same issue arises for the Polestar 2, which to put it simply is still going to be seen as an inferior rival to the Tesla Model 3 because efficiency for the price is the main selling point for EV’s. Despite the accolades, features, and interior refinement you’ll have with Polestar, in the back of your mind Tesla is always there to entice you.

Volvo has been praised for being proactive and transitioning to become more efficient and fully electric, and within the first few years of this decade they’ve been able to achieve a level of success that other manufacturers are striving for. Being ahead of the curve for a legacy brand can potentially lead to a good outcome where they can establish themselves as a leader in the EV world, but as we’ve already gone over, being first doesn’t always mean you’re the best.

With the i4’s arrival right around the corner, the Polestar 2 will have a new competitor to worry about besides the Tesla Model 3. Arriving at dealers in the 1st half of this year, BMW’s first electric sedan is going to be a well balanced car in this segment. With up to 301 miles of range, a 0-60 time of 5.5 seconds, and a starting price of just over $55k, the i4 will be a formidable foe, and there will be pros and cons that we’ll check out and discover when we review one later this year.

Also this year, the Audi Q4 arrives with an eye opening MSRP starting below $45k for a RWD model, but most likely buyers will go with AWD which has a base price of around $50k. Taking a look at range, the Q4 will be capable of going 241 miles on a full electric charge to outperform the XC40 Recharge, but neither crossover comes close to what the Tesla Model Y can give drivers when it comes to efficiency.

Whether it’s Volvo, BMW, Audi, or any other brand for that matter, the conclusion remains the same. You have to produce vehicles that are on par with Tesla. Since the beginning of the automobile the standards have always been predicated on interior comfort, features, lavishness, practicality, being economical, and a great all around value. Today in the EV world it’s efficiency for the price; it’s that simple. So far none of the legacy manufacturers have found a way to replicate what Tesla has done, and until they do, buyers will continue to be compelled by the Model 3 and Y.

For Volvo, their efforts haven’t gone unnoticed. They’ve set the tone for where luxury brands need to be in the EV market, but ultimately they’re still falling short on key aspects that consumers in 2022 are focused on, and as a result when you look at their PHEV lineup and the newest EV’s they’re producing, Volvo is far from perfect.