The Volvo S40 2.4i: 2 Tons Of Swedish Magnificence 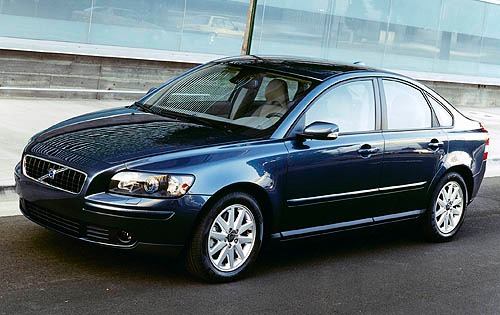 The Volvo S40 2.4i: 2 Tons Of Swedish Magnificence

Being an owner of the Volvo S40 has been an absolute pleasure. The comfort level, style, and feel of luxury is what makes this car so great. It’s a Volvo. Should we expect anything less?

At the height of it’s sales back in 2006, the Volvo S40’s starting MSRP was roughly around $25,000. However, for the price paid for it, you got a lot more than what the competitors were offering. A sunroof, power windows and locks, 16″ aluminum rims, and climate control.

The interior was clean and open, and for a compact sedan, you didn’t feel entirely close to you front seat passenger as shoulder room was quite impressive. Radio and temperature controls took time to get used to, but in the open backside, there was an added cargo space and a neat feature that hadn’t been seen in other vehicles.
With a five cylinder engine that supplied 168 horsepower, you never felt too underpowered and could always rely on the S40 to get you out of tricky situations. From 0-60 it took 8.1 seconds, but let’s remember, it’s a Volvo, and unless you bought the T5, there was no turbo charged engine. Fuel economy could have been better, but if only used on the highway the S40 had the potential to close in on 300 miles on a tank of gas. Premium unleaded always hurts the pocket, however the miles and hours spent driving are well worth the price.

Overall this car was and still is nice. For students and young adults it can be the prelude to bigger and better vehicles, but it’s hard parting ways with a small sedan that introduces you to luxury. Cargo space for the Volvo S40 isn’t the best for it’s class, but that’s not what this car was meant for. The drives on a beautiful warm day with the sunroof open and the windows down is what creates the lasting memories. This car is great to cruise around in and not feel uncomfortable while sitting in it.
Volvo got it right when they produced the S40, and if they ever decide to reintroduce it to their lineup, there would be no hesitation, I will buy it.