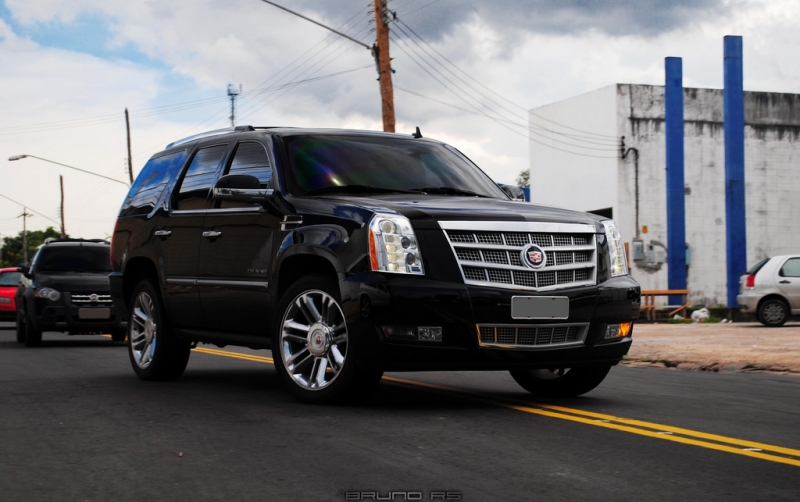 The national average for gas is below $3.00 a gallon which has affected different markets in the automotive segment of the economy. Electric and hybrid cars have seen lower sales figures since the recent nose-dive oil has taken the past few months. However, with these lower gas prices, sales figures for large SUV’s still hasn’t improved, and just as the sports car market, the bigger SUV market may never recover.

Ian Robertson, a Sales Chief for BMW said recently that the age of the sports car is coming to a close and that we’ll probably never see that market recover. While he only mentioned two-door coupes, it appears that the recession has also put another segment of the auto industry on life support. Larger SUV’s such as the Cadillac Escalade and the Chevrolet Tahoe are only maintaining a 7% share of the market, which that number has flatlined since 2009. Not even lower gas prices are helping this segment. Since the recession and the days of $3.00 a gallon, car companies have had to adapt to a new economy, one in which the consumer is very careful about spending and expenses.

The crossover SUV’s have taken a bite out of the traditional SUV’s market share which could explain why we’re not seeing improving sales figures. Crossovers and small SUV’s such as the Volkswagen Tiguan, BMW X1 and X3, Mazda CX-5, Audi Q3 and Q5, Ford Escape, Volvo XC60, and Honda CR-V, are all eating away at the sales figures of their bigger siblings. Car companies aren’t just stopping there, they’re continuing to grow the crossover segment as Mazda already has a CX-3 in the works, and seeing the competitiveness of the Germans, who knows what they’ll think of next.

Consumers have also adapted to the new economy that we’ve lived in for the past seven years. They’re learning that they don’t need a huge SUV to get around and that even with a smaller vehicle, they can still carry their groceries, drive their kids to school, and while doing that, saving money at the pump. Smaller SUV’s and crossovers have become the new practical. While Americans won’t admit it, they’ve become more like Europeans since the recession, as Europe has been living with high gas prices way before the economy had it’s downturn.

We live in a new world. The economy may or may not have recovered, or some sectors have while others are still lagging behind. But one thing is for sure, the auto market will not change the direction it’s heading in unless there is a major swing in the markets and on Main Street. In 5-10 years, we may look back on the recession as the killer of the big SUV and sports car markets as we once knew them.