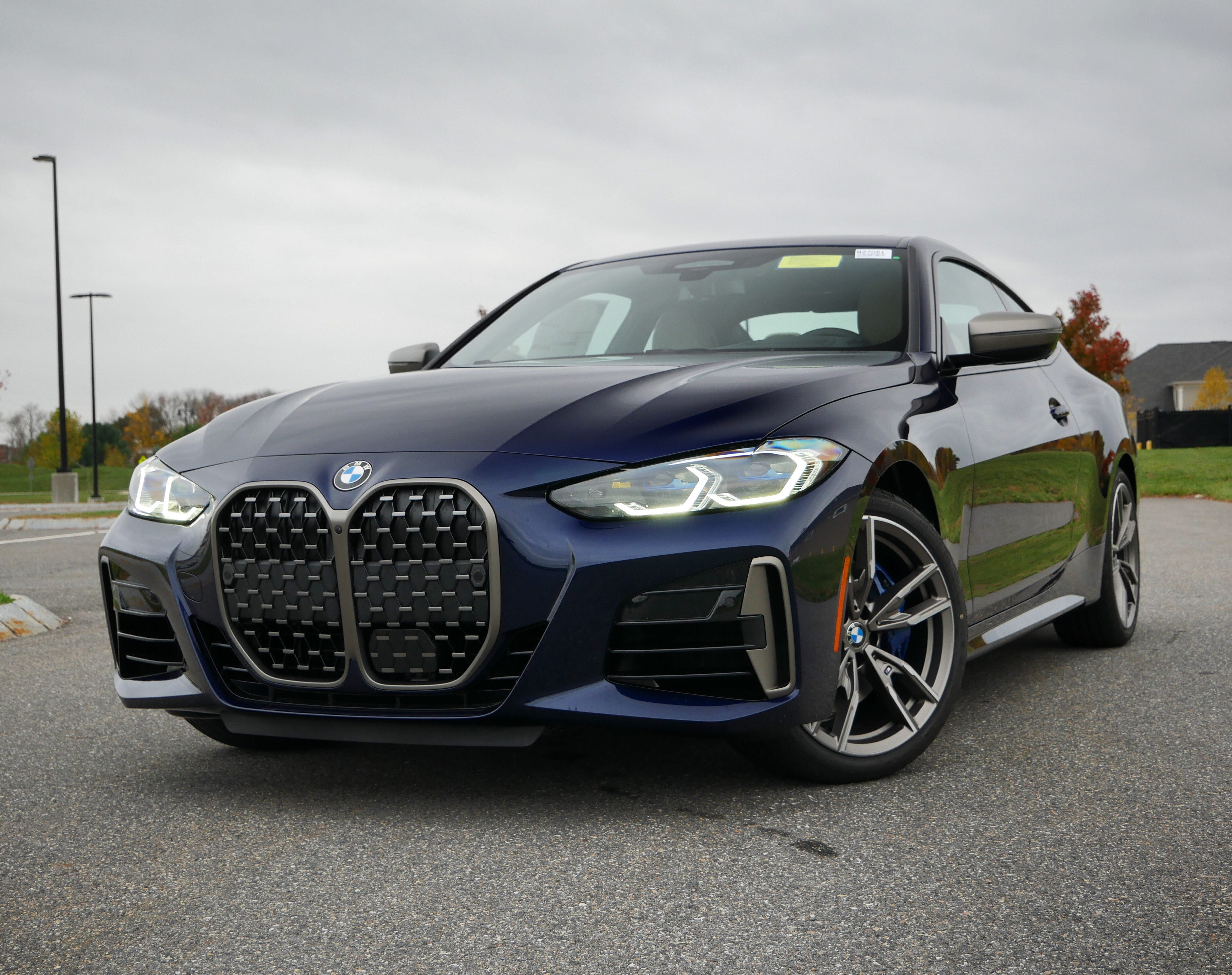 When we think of BMW, performance, styling, engaging to drive, and sophistication are probably some of the first adjectives that come to mind. However, kicking off the new decade, controversial design and decision making have been at the forefront thanks to the completely refreshed 4 Series that’s drawn the eire of enthusiasts as the kidney grilles have grown significantly in size compared to last generation. Appearance aside, BMW did in fact make a better sports coupe with improved handling, performance and interior comfort, while also adding the M440i to the lineup to slot just beneath the M4 and to give buyers on a budget a fun and more affordable performance car. With competitors such as the Audi S5 and Mercedes Benz C43 AMG, the BMW M440i has to stand out from it’s rivals, but also give drivers an experience that’s unique and engaging which we believe BMW has achieved. So here are 5 reasons why you should buy a 2021 BMW M440i.

One of the last remaining models in the BMW lineup to receive a refresh for the interior was the 4 Series, and without question it was certainly needed. Some drivers prefer the traditional look of analogue gauges and less technology infused into the cabins of their vehicles, but with a full digital gauge cluster and BMW’s iDrive 7 system, the environment drivers experience every time they step inside the M440i is a vast improvement from where we were with the F32 generation. By opting for Vernasca leather seats, comfort and luxury are enhanced to make commutes to work or trips to the store much more enjoyable, but they also provide a good amount of bolstering for when you want to go on a spirited drive.

When compared to it’s predecessor, the G22 4 Series has a more refined interior that adds a sense of quality, but also feels more upscale overall. While we get caught up in the performance aspect of the M440i, we must remember that it’s still a luxury coupe at the end of the day, and rather than being more enthusiast focused, it’s a car that strikes at the hearts of drivers looking for a thrill behind the wheel and at the same time still retaining a level of sophistication and class.

Where the M440i becomes enticing is with its price point, as you’re looking at a range between $58,500 and just above $70k. Despite many enthusiasts eager to look at the 2021 M4’s starting price of $71,800 and emphatically stating paying extra is certainly worth the cost, it should be noted that with optional packages and dealer markups you’re looking at walking out the door with an estimate somewhere in the ballpark of $80k. For the hardcore BMW loyalists, the M4 is going to be the choice at the end of the day, but for drivers looking for a fun and more practical sports coupe that’s overall better than the 430i and doesn’t require the need to purchase a second car as a daily driver, the M440i becomes the better option and checks off most of the boxes on their list of must haves. So even though on the higher end when fully loaded you could argue the M440i becomes a bit pricy, it’s the overall value buyers are receiving that could sway consumers into opting for a sports coupe without the M4 badge.

In the past, enthusiasts would always be quick to point out that M Performance models weren’t true M Cars, and while there is validity to that statement, it would be a mistake to over look the performance the M440i offers. Under the hood, a turbocharged incline 6 cylinder engine puts out 382 hp and 364 lb ft of torque and is paired with a ZF-8 Speed automatic transmission. More impressive is the eyebrow raising 0-60 time of 4.3 seconds according to BMW, while Car and Driver recorded a sub 4 second mark which can only mean the M4 is faster than advertised. Then adding in the standard xDrive AWD system, and now you have a very fun and quick daily driver that will make tedious commutes more enjoyable.

When factoring in pricing and then looking at the performance sheet, it’s almost impossible not to get excited and not be enticed by what the M440i has to offer. In a straight line it edges out the Audi S5 and Mercedes Benz C43, and while we’re not looking at a vast difference in acceleration times, BMW has engineered this coupe to handle and driver better in every way to keep you engaged behind the wheel at all time. But also more importantly if you’re coming from an F32 4 Series, you’re going to notice the significant improvements BMW has made.

Better Than The F32 Generation

It’s no secret the at some point after 2012, BMW lost their way when it came to the driving dynamics of their vehicles, particularly the F30 3 Series and F32 4 Series. While styling and design have aged well, the way in which they drove were for a lack of a better term, numb and lacking the soul that was present in prior generations. With the 2021 BMW G22 4 Series, an exhilarating driving experience has returned, and while a manual transmission will not be offered for the M440i, steering input and overall responsive is exactly what car enthusiasts demand. Also, as mentioned earlier the driving environment you find yourself in is miles ahead of where the F32 was, as interior refinement has improved and the cabin receives much needed modern day technology.

It’s strikes a perfect balance of being sporty while also being luxurious, and despite it’s futuristic design and features, its a throwback to BMW’s of old but in modern form.

The lasting impression the M440i had on us was the fact that we couldn’t get enough of it. Rarely do you walk into a car in 2021 and feel the desire to stay behind the wheel for long periods of time, but even more surprising as car enthusiasts, a non M car could have this effect. Not only were we captivated, but the idea of paying extra for a new M4 seemed a bit unreasonable when you look at the performance you’re receiving. For buyers on a budget, the M440i is going to provide everything you’re looking for except the M4 badge on the back of the car, but we’d argue that with xDrive you’re receiving a more practical sports coupe that theoretically you could drive year round, even in colder regions of the country. It’s a fun and relatively affordable performance car that is better than the competition, but also balances being a daily driver, luxury coupe, and fun backroad carver to be an overall great value.

For buyers who are not sure whether to upgrade from the F32 generation or the critics who dislike the new front fascia of the 2021 model year, the M440i is without question worth experiencing for yourself. The way in which you feel more connected to the road and having a sports coupe that’s responsive when accelerating and cornering is why it deserves some attention. While exterior looks might be subjective, it’s the driving dynamics and overall refinement that makes the M440i one of our favorite coups in this segment.