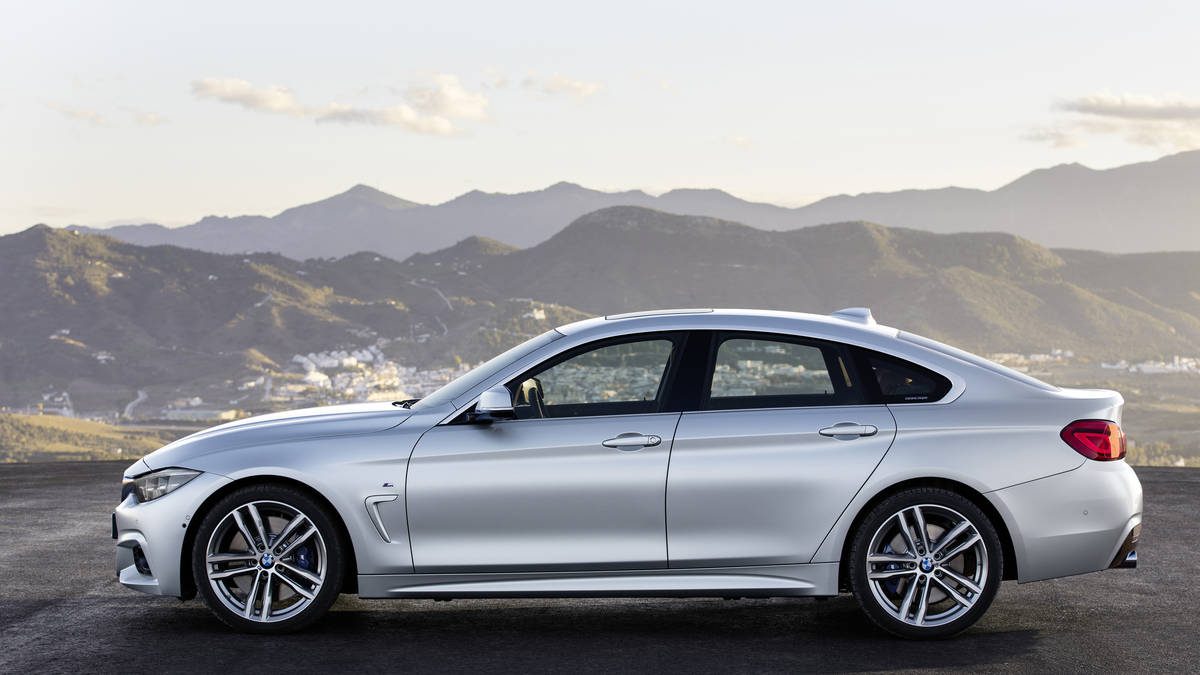 I’m never one to get caught up in the slight upgrades, face lifts, and body designs when it comes to comparing consumer vehicles, but for the BMW 4 Series Gran Coupe I’ve been hooked since it’s arrival to showrooms. In an automotive segment that has seen an increase in competition, the gran coupe/sportback is without a doubt the most interesting market for 2018. BMW made the first move with the 4 Series Gran Coupe, shortly after Audi followed suit with the A5 Sportback, and then Kia comes out of nowhere with the Stinger which has taken the segment by storm, outselling their competition in a few short months.

Despite Audi’s recent unveiling of the all new RS5 Sportback at the New York Auto Show and the Kia Stinger GT which offers a twin turbo V6 engine that gets 365 hp, the BMW 4 Series Gran Coupe continues to grab my attention. While it may be outperformed on the track or in a straight line by the quicker S5 Sportback and Stinger GT, the Gran Coupe provides style, luxury, and class that I can’t ignore.

When parking it next to a BMW 3 Series, the minor changes in the front facia are enough to make a big difference. It has the front end of a 4 Series coupe, and when walking around the side of the vehicle, the sloping sportback design cues makes the car look so much better. Recently, a friend received a 430i Gran Coupe loaner vehicle, and no matter what angle we were standing at, the car still looked good.

Personally, it’s not about the performance or even the style that I find appealing. It’s the fact that the 4 Series is a viable option if the 3 Series isn’t enough car for your tastes. For instance, the 330i sedan and 430i Gran Coupe overlap in price point, and if you’re willing to sacrifice a few optional features then the Gran Coupe comes into play for your next vehicle. For the same price tag, choosing the Gran Coupe will increase cargo volume and overall interior space which gives it a more than entry level luxury feel, and that’s what I believe BMW is trying to achieve here.

There’s no difference in fuel economy or engine size so you’re not sacrificing anything in terms of practicality. Optional features and packages however are a different story. The 430i Gran Coupe offers the Track Handling Package which provides Variable Sports Steering, M Sport Brakes, and Adaptive Sports Suspension, along with the ability to upgrade to 19″ wheels with all-season or performance run-flat tires. Additional safety features includes the optional side and top view cameras to aid in parking. It’s these small things that really make the Gran Coupe more appealing, especially since it’s in the same price range as the 330i. To receive any of these features on the 3 Series, you’ll have to upgrade to the 340i, and with that being said, we would then have to start looking at the 440i Gran Coupe as well.

For car enthusiasts, the 340i would probably be the better option because of the optional 6 speed manual transmission. However, the Gran Coupe would get additional points for luxury and class, and obviously consumers looking for comfort and additional size would gravitate more towards the 4 Series.

When it comes to performance, you’ll get 248 hp with the 430i and 320 hp on the 440i. Again, the Gran Coupe won’t be taking on the S5 Sportback or Stinger GT in a race, but if horsepower isn’t a priority you’ll still have fun behind the wheel of the 4 Series. One thing to remember is that for the time being, the Gran Coupe doesn’t have an M variant, whereas the 4 Series coupe and 3 Series do. BMW isn’t trying to take on Audi or Kia in this particular segment, and instead is focusing more on the comfort and driving experience for consumers.

Overall, what competitors are putting on dealerships’ lots doesn’t effect my thoughts, good or bad pertaining to the 4 Series Gran Coupe. As a daily driver, it offers everything consumers are looking for. Having driven the Audi A5 Sportback recently, I wasn’t overly impressed despite being a fan of the updated interior from a few years ago that was first present on the Q7 and A4.

From a car enthusiast’s perspective, of course there’s better options out there, and in the $50k price range the Kia Stinger GT would certainly be my pick because of what you’re getting for the price. On paper, you’re making sacrifices on both sides, but at this point it comes down to personal preference. No matter what the decision is, there will always be that one person who will say, “But for this price, you could have bought (insert competitor model)”.

At the end of the day it’s not what your gaining or losing, it’s what fits your daily lifestyle. For me, the BMW 430i Gran Coupe provides more than the 330i with additional safety and technology features, it looks great, and has unannounced and subtle performance that will allow me to enjoy my driving experience behind the wheel.

Over the past few weeks Cadillac has become very bold, and rightfully so, with the unveiling of their new ATS-V Coupe. This has lead to a lot of banter on the Internet, with some going as far to say that BMW should be looking in their rearview mirror because Cadillac is catching up with the German luxury car manufacturer. The BMW faithful are defending their favorite cars, while fans of the new Cadillacs are beginning to believe GM’s luxury branch has finally made a comeback in the luxury car market. What do you think? Is Cadillac inching closer behind BMW, or should the people in Munich just laugh at Cadillac’s show of force?

The BMW product line has certainly been extended the past few years, and with the BMW M4, and the highly anticipated four-door BMW 435i Gran Coupe, it doesn’t look like they’re going to give up ground easily. While Cadillac’s newer designs and breath of fresh air is encouraging, can they compete with a luxury brand that seems to be sticking their nose into every market in the automotive world? BMW continues to push their SUV and crossover models, the new 2 series is sure to be a hit with the younger generations, and their 3 and 5 series sedans are still experiencing strong sales figures this year.

What are your thoughts on Cadillac and or BMW? Is Cadillac ready to take the stage? Or do you not like both and prefer an Audi, Mercedes Benz, or maybe even Volvo due to what they’ve been doing lately. The great thing about the automotive world is that it’s constantly evolving. What might be exciting and popular today, might be old news by tomorrow. Right now BMW is still riding on their popularity over the past decade, while Cadillac is trying to revitalize their sluggish sales figures and create a buzz for their cars that hasn’t been seen in years.