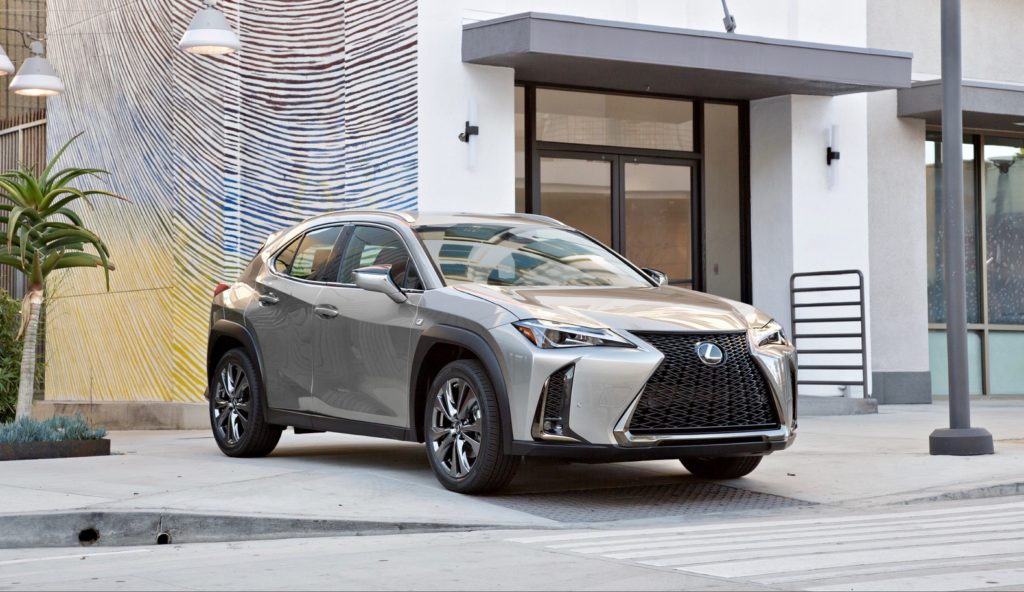 Without feeding into the speculation and unknowns of the future as we’re one year away from a new decade, crossovers have enjoyed a handful of successful years. All automotive brands are moving in the direction of SUV’s ranging from small to large, economical to sporty, and now hybrid and electric. For growth to continue in this segment, adding new models and changing entire lineups isn’t necessarily the answer as consumer demands are subject to change through trends and even economic and financial climates. Generally speaking, crossovers weakest spot is their average fuel economy which could easily get exposed should there be a recession, which seems to be the buzzword for the early part of 2019. Let’s delve into why the all new 2019 Lexus UX 250h is not only the future, but also the reason why crossovers could remain being hot items in any economy.

The Toyota and Honda families have always seemed to be further ahead of the curve than most of their competitors. Throughout the years they’ve produced and sold hybrid models, and that technology is now starting to trickle down to more affordable luxury vehicles. Lexus is no stranger to offering hybrid crossovers, and with the UX 250h now beginning to arrive at dealerships, the subsidiary of Toyota is ready to change the game in more ways than one.

The Lexus UX 250h has a base price of $34k, which is more than reasonable and would be considered right around the average cost of a new car in the United States. Primarily aimed at older millennials that most likely live in urban areas, this small crossover offers versatility, luxury, and most importantly practicality. Some of the standard features you’ll find inside is Apple CarPlay and Amazon Alexa compatibility, dual zone climate control, a push button start and stop, and a list of safety technology that includes pedestrian detection, lane keeping assist, and road sign recognition to name a few. Android Auto is not available because Lexus says 80% of their consumers use Apple products, and didn’t see the need to spend any money on a feature that a small percentage of their buyers would find relevant.

For performance the UX 250h gets a 2.0L 4 cylinder engine that gets 176 hp. This crossover is by no means fast as you can expect a 0-60 time of 8.6 seconds and a top speed of 110 mph. Fuel efficiency is the real selling point as the 250h will receive 41 mpg in the city and 38 mpg on the highway. What’s also rather interesting about this vehicle is that Lexus decided to only offer AWD with the hybrid model, as the UX 200 will only be available with front wheel drive.

Hybrids will always be looked at as economical, and as just mentioned, a combined fuel efficiency of 39 mpg is going to attract buyers who may not want to drive a Chevy Volt, Honda Insight, or even a Toyota Prius. With an affordable option and the appeal of a crossover, many who seek vehicles that are powered by alternative energy and are not solely reliant on gas may gravitate towards the UX 250h, especially since it comes with AWD. For rear cargo space, this crossover will get 17 cubic ft of rear cargo room which is kind of small, but slightly bigger than what most sedans offer.

I’m not going to say that the 2019 Lexus UX 250h is the answer or necessarily the blueprint for the future crossover. There’s a number of issues that consumers will find, whether that be a lack of performance or it not offering a real luxury car experience that competitors may be offering. However, I will say that this crossover is laying the foundation for other brands to build off of. There’s not many options in the entry level luxury market that offers hybrid technology, especially in this segment and price range. Lexus is taking a huge risk, however its list of standard features and fuel efficiency might be a enough to make the UX a minor success in the United States.