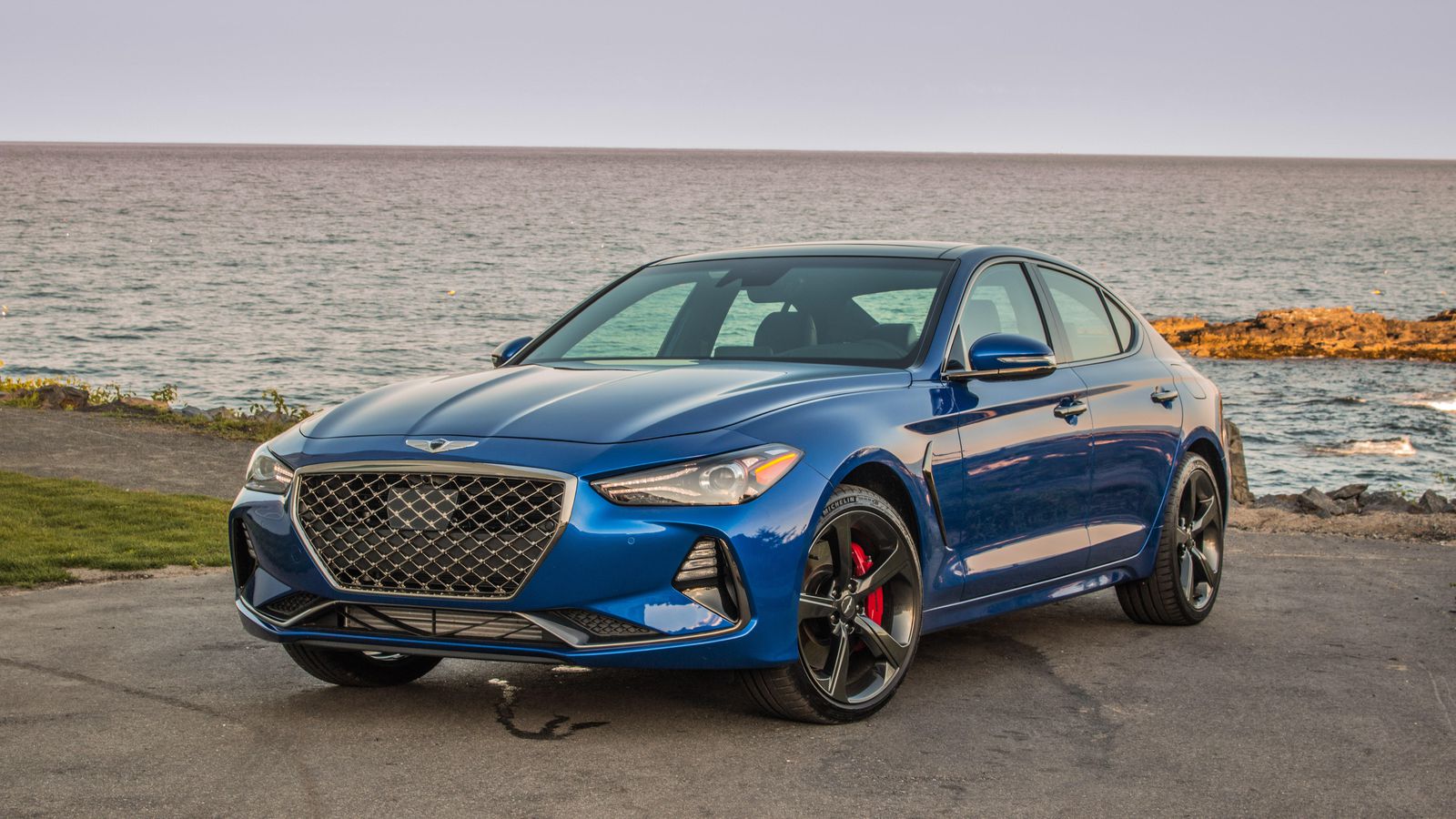 If you look back at the luxury sedan market for the last 20 years, there’s been one absolute that has stood the test of time and the ups and downs of the economy. The German auto manufacturers own the compact, mid-size, and large luxury sedan segments, and that year after year it’s BMW, Audi, and Mercedes Benz who are fighting for the top spot. Sure, there have been a few brands that have come along to get our hopes up that maybe an Italian, British, or Swedish manufacturer would strike some fear in the hearts of the Germans, but they always fall short. But in 2019, there’s a Korean brand that goes by the name of Genesis that’s ready to compete with the perennial automotive powerhouses. With their new sedan, the G70, this small luxury brand can’t be overlooked heading into the next decade.

What makes the Genesis G70 different from the Alfa Romeo Giulia, Maserati Ghibli, and Jaguar XE? It’s pricing, performance, and luxury. With a perfect balance of all three ingredients, Genesis is a legitimate threat to German dominance in the luxury sedan segment. Despite many in the industry writing off four door passenger cars, this is the perfect time for an up and coming brand to make some noise, and Genesis has certainly learned from past mistakes by Alfa Romeo and Jaguar.

The Genesis G70 starts just under $35k, putting it in the same price range as the BMW 320i and is close to being $2k less than a base model Audi A4. Off the bat, its main competitors are either inferior when it comes to base model performance, or too expensive. The Mercedes Benz C-Class starts above $40k and you can expect a similar price tag if your upgrade to a BMW 330i. By the time you reach $45k, the Genesis G70 3.3T becomes an option, offering 365 hp which is a significant amount of power for the price that many just aren’t offering.

As previously mentioned, the G70 gets an optional 3.3 liter twin turbocharged V6 engine that will also be found in the Kia Stinger GT. However, at base price, a 2 liter turbocharged four cylinder that puts out 252 hp will turn heads because it’s paired with an optional manual transmission along with RWD. Forgetting about 0-60 times for a second, what Genesis is offering could easily be defined as being rare in the current automotive climate. While brands are moving away from manuals and embracing paddle shifters, the Korean luxury brand is tailoring to a niche market that’s been neglected. Now obviously enthusiasts would prefer a stick with the V6, but fundamentally from base to top trim this car is a compromise to appease a percentage of the market that’s gotten marginalized over the years. From 0-60 mph the G70 can achieve that speed in about 4.5 seconds with the twin turbocharged V6.

Let’s put this into perspective for a minute. Fully specced out, you’re looking at a price of $52k which would also include an AWD drivetrain, Nappa leather interior, heated and ventilated front seats, Apple CarPlay and Android Auto, a 360 degree top view camera, a head up display, and three level heated seats for passengers in the back. If you decide a base model 3.3t is enough, the amount of performance you’re getting at $43k – $46k, you’re not going to find from German competitors. The Audi S4 starts at $50k and the Mercedes Benz C43’s base price is just over $52k.

This is one of the minor weak spots for the Genesis G70 as brand loyalists to German manufacturers are unlikely to see the G70 as a superior luxury car to a Mercedes Benz C300. The infotainment system and digital information display aren’t as refined or thorough as what you’d find in an Audi, and that might turn some people off to the Genesis brand. But as I mentioned before the G70 is a compromise, and while there are certain aspects that wouldn’t be considered on par with the Germans, styling and performance are enough to make this sports sedan a very intriguing option for consumers who want to stand out from the crowd.

Genesis is a brand for people who want to stand out and aren’t effected by the badge on the front grille. German luxury brands have a certain ambience, but at $40k – $50k for a new luxury sedan, you’re not going to find the same level of compromise that the G70 offers. With Audi, Mercedes Benz, and BMW you’re getting luxury, but not necessarily performance. On the flip side you’re sacrificing some luxury aspects by going with Genesis, but when it comes to horsepower and 0-60 times, you have a car that will surprise many drivers on the road.

There’s many in the automotive industry who feel that the luxury sedan segment has become stale. The Genesis G70 is ready to change that.