The Grand Tour – An Automotive Masterpiece 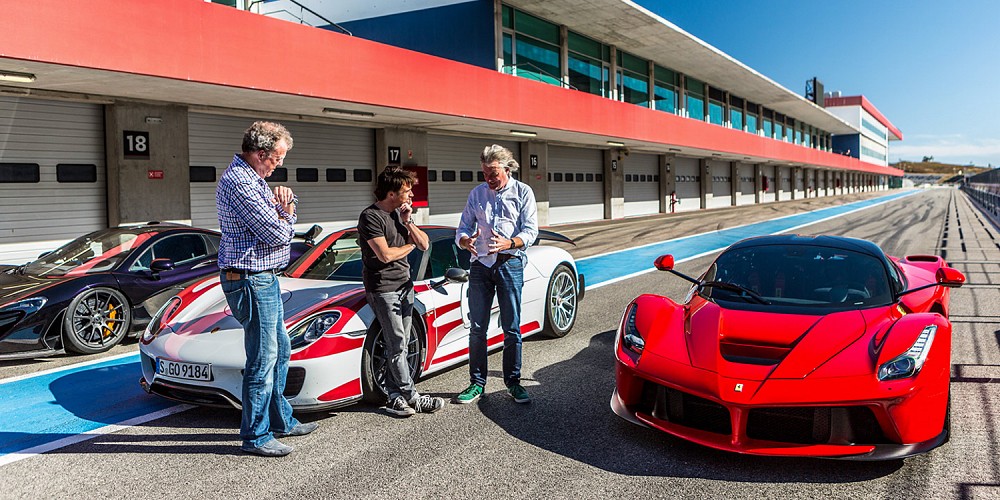 Everything we’ve waited for, from seeing Jeremy Clarkson, James May, and Richard Hammond back on our television screens, to finally having the Porsche 918, McLaren P1, and Ferrari LaFerrari showdown was just a small taste of what we have to look forward to for the next 11 weeks. The former Top Gear hosts have elevated automotive shows to a whole new level, despite the Grand Tour not deviating too much from the platform that we were used to seeing on BBC. Our favorite trio brought back the magic we’ve been missing for almost a year, and although the wait was excruciating, they didn’t disappoint, and in fact, fulfilled every car enthusiasts highest expectations on the new show.

We may be one episode in, but lets face it, Top Gear UK is officially dead. How can BBC recover from losing the greatest entertainers that combine humor and cars, and replace them with mundane and very stale talent that could put someone who suffers from sleep apnea into hibernation? The automotive world took a major hit when BBC fired Clarkson, but he came back stronger, and with May and Hammond, they managed to create a masterpiece that far exceeds the many seasons of Top Gear they were a part of. The reigns are now in their hands, and we got a small sample of what the Grand Tour can become for many years down the road.

The Grand Tour in reality, is Top Gear on steroids. A bigger budget, less censorship, and the hosts at the helm shows not only can they entertain, they can also take a concept that we’re familiar with and perfect it. A new test track and Mike Skinner taking the place of the Stig, are some of the apparent changes to the platform, but both compliment the new show because the track allows for better testing, and Skinner provides further comedy by being interactive as opposed to being faceless. The Tent replaces the old Top Gear studio and there appears to be a segment similar to “the news” where all three hosts discuss automotive topics that are relevant in the time that the show is being produced.

In Episode 1, we caught a glimpse of what this season, and possibly the next 5-10 years could be. Kicking off with the McLaren P1, Porsche 918, and Ferrari LaFerrari sets the tone, and quite frankly, it will be hard for any show, Top Gear UK or otherwise, to create a season premier such as the Grand Tour’s. Needless to say, it’s great to see Clarkson, May, and Hammond back, and with the first season just beginning, car season ending will be easier to cope with when the snow starts falling, and the temperatures drop to the single digits.