5 Reasons Why You Should Buy A 2021 Ford Bronco Sport 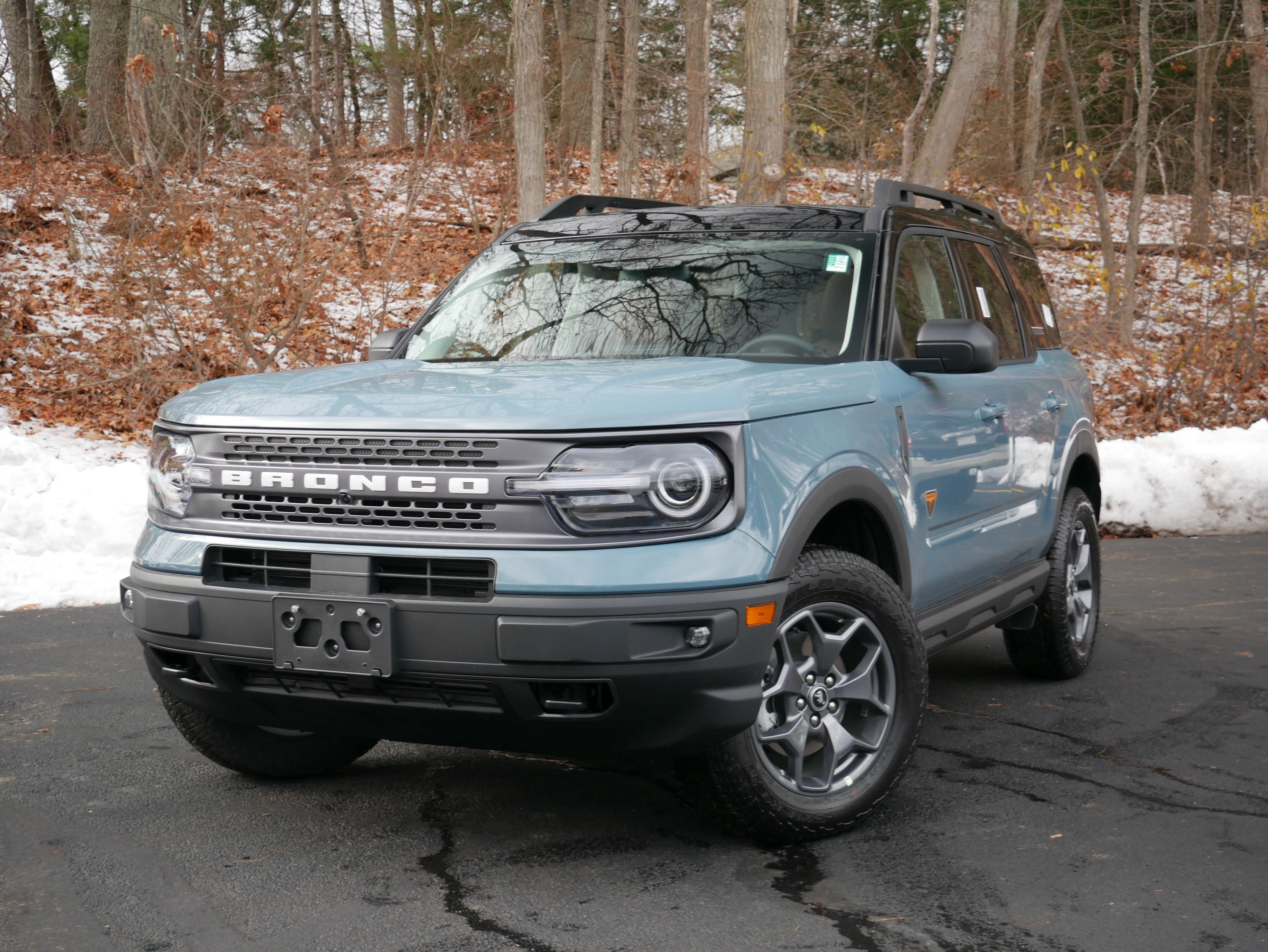 After a 25 year absence, the Ford Bronco nameplate has returned, and this time in the form of two different vehicles that are ready to shake up the crossover and off-road capable SUV markets. With the full sized Bronco being delayed until next summer, the smaller and more affordable Bronco Sport is beginning to arrive at dealers, like an appetizer before the main course meal, and already this compact SUV has generated quite a lot of interest. For most Americans, crossovers are the vehicle of choice simply due to practicality and the perceived value for the price, but as many have pointed out, this market is filled with cookie cutter designs and for the most part have the same functionality that makes redundancy a foregone conclusion. However, those days are over as Ford has just made owning a crossover fun and inspiring once again! So here are 5 reasons why you should buy a 2021 Ford Bronco Sport!

In an era where plastic cladding now equates to and insinuates versatility and off-road capability, especially in the sub compact and compact crossover segments, rarely will owners take these vehicles down the paths less travelled, For the Bronco Sport, aggressive and traditional styling not only adds a cool factor to this compact SUV, but also inspires confidence when you encounter snow or dirt roads. With a design based off the first generation Bronco that was produced from 1966-1977, this SUV should resonate best with Ford loyalists as the retro look to the front fascia is most certainly going to tug at the heart strings of older buyers. Yet at the same time, it’s also been modernized to draw in a whole new generation to the Bronco nameplate, while also giving buyers a new and possibly more appealing option if they’re on the fence about whether to purchase a Jeep.

Adding to the intrigue of this vehicle, the Bronco Sport is like a baby Range Rover for consumers with a budget around $40k. This isn’t an SUV designed to be seen in mall parking lots, as it just begs you to travel down dirt roads, or traverse untreated streets in the winter. It’s essence is to be a rugged SUV, which is something we don’t see quite often in the modern age of the automotive world, and this is why so many people are already enthusiastic about Ford’s latest addition to the lineup.

Where Ford has faltered in the past is through the ride comfort and handling of their vehicles, as they’re definitely not seen as offering the most refined driving dynamics in this price range, however the Bronco Sport bucks the trend by providing great driver feedback and a much tighter steering than the Ford Escape it shares platforms with. One concern we had before this SUV arrived at dealers was it’s part sharing with the Escape, yet somehow Ford not only has made this work, but the Bronco Sport delivers a unique feeling that when test driven side by side, shares very little in terms of resemblance to the more civilianized Escape.

Ride comfort is also impressive, especially with the beefier tires and a lack of a lower center of gravity. The suspension is actually very forgiving, even when traveling on New England roads which will often throw you around in most vehicles. In the 20 minutes of being behind the wheel on our test drive, the word to describe the Bronco Sport would be “pleasant”. While no where close to being a luxury vehicle by any means, the leather trimmed seats keep you in place, and more importantly add a relaxed feeling when behind the wheel. Despite it’s rugged outward appearance, the driving experience doesn’t necessarily reflect that attribute, and to some degree is why this compact SUV does get thrown into the mix with other urbanized sub compacts simply do to overall softness.

The reason many journalists consider the Bronco Sport to be a subcompact crossover is because in terms of dimensions it’s not much bigger than a Jeep Compass, Kia Seltos, or Nissan Rogue Sport. However where it does differentiate itself is with a higher roofline that in some cases adds 10 additional inches in height over the competition. It’s for this reason people are often surprised at the real size of this vehicle as in pictures and commercials it appears to be no larger than a Jeep Renegade.

When taking a look at the cargo space, you’re met with 32.5 cubic ft of room, which to put that into perspective is around the same size as a Subaru Outback. Most subcompact crossovers will offer at best 22 cubic ft, so definitely keep that in mind when shopping for a new vehicle in the price range between $30k and $40k. While the rear seats certainly aren’t the most spacious, you can definitely have small kids in the back with legroom not being much of an issue, but if you plan on having average sized adults join you on road trips it might be best to wait for the Bronco.

Crossovers aren’t cheap by any means, particularly if you’re on a strict budget and you’re looking for vehicle that is a jack of all trades. Where the Ford Bronco Sport fills a void is by giving buyers a capable SUV with a starting price around $27k and for a well equipped top trim Badlands somewhere in the ballpark of $36k. Unfortunately for enthusiasts, if you want the bigger turbocharged 4 cylinder engine over the 1.8L 3 cylinder, you’ll be paying at a minimum of $32k. Despite some critiques claiming the Bronco Sport is a bit too expensive, outside of the Jeep Wrangler and Compass Trailhawk, there’s not many true competitors on the market right now to determine what is the proper price range for this compact SUV.

With that being said, the Bronco Sport is going to provide much more in terms of capability and versatility when compared to other crossovers in this price range, and that leads us to the number 1 reason why you should at the very least consider purchasing and test driving the new baby Bronco.

The excitement that surrounds this vehicle is due impart to it’s uniqueness and the return of rugged and masculine characteristics to a very mundane market. But this doesn’t stop at just looks, but rather the unparalleled practicality found behind the rear seats, standard 4 wheel drive, available 8.8 inches of ground clearance if you opt for the 29 inch tires, a number of different off-road modes for the variety of terrain you’ll be encountering, and of course a true automatic transmission compared CVT’s found in most competitors. While initial popularity could simply be attributed to the Bronco’s name recognition, it can be argued that this SUV arrives at a time when no one outside of Jeep is tailoring to Americans who seek off-road adventures and live active lives outdoors.

This vehicle compliments a lifestyle and experience that up until today only the Jeep Wrangler was capable of fulfilling, but now with the Bronco Sport there’s a new SUV that’s versatile in many ways. If you have a small family, it’s the perfect daily driver and on the rare occasion you want to go camping or hit the maintains to snowboard during the winter, this vehicle provides enough practicality where you can pack up all your gear and have a fun weekend getaway. Or if you’re the type of person that’s looking to traverse the off-road, the Bronco Sport also fits that role. It’s for these reasons that this compact SUV is one of the best vehicles you can buy on the market today, and in it’s short period of time at dealers, is also one of the more exciting new SUV’s to arrive in 2020.