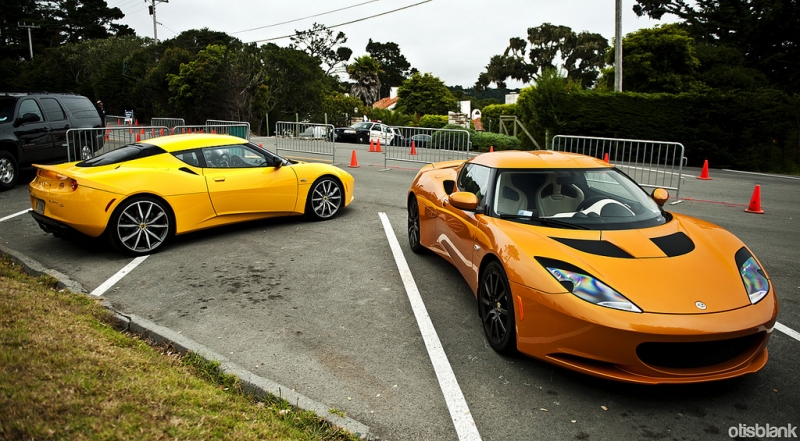 Exotics are often very rare, high performance sports cars that grab the attention of fellow drivers and pedestrians. These cars often grab a lot of attention, with many people either taking photos or approaching the owners if they’re nearby, asking them how much the car cost and complementing them on their choice of a supercar. But there are often many sports cars that are below $100,000 that usually fly under the radar, some of which have a presence of being a six figure exotic, and to the average person on the street, the Lotus Evora is one of those cars.

A car manufacturer that in my opinion is extremely underrated, Lotus is often forgotten and left in the shadows behind Jaguar and Aston Martin. The small car brand is a diamond in the rough, and because of that, the Evora comes in at a great price, offering performance and an appearance of being exotic. Currently, Lotus hasn’t brought any new models to the United States, but plan to return near 2020. In the meantime, there are 2010-2014 models on the market that have either never been driven, or well taken car of by previous owners.

Starting with price, you can find a 2013 Evora for $54,500 and almost brand new 2014 models for just under $80,000. With those prices, that’s right in line with the Alfa Romeo 4C, Porsche Boxster and Cayman. In terms of rarity, the Evora is more like the 4C, and because of its scarcity, you’re going to turn heads when driving through the center of town. However, your car’s fans will not be seeing much of you at the gas station. Unlike exotics, the Evora receives a combined 30 mpg. To put that into perspective, you’re getting better gas mileage than a Volvo. So your car may be less safe, but it’s more fun to drive and less stress on your wallet.

Performance-wise, the Evora comes standard with 276 horsepower, powered by a Toyota 3.5 liter V-6. Most of the remaining Evoras on the market come with 345 horsepower, and are usually the S 2+2 trim. 0-60 times are around 4.4 seconds, which is similar to the Alfa Romeo 4C’s 4.1. The main reason why the Lotus is slower than others in its class is because it’s heavier, but that certainly doesn’t limit the Evora’s overall performance.

The Evora is one of the more under-appreciated cars on the market. However, on the road that’s a completely different story. While you’ll have to look around for a dealership that has one, and may have to travel 200+ miles, it’s well worth the trip. These cars will not break the bank, and ask any owner, the Evora was definitely worth the price.