Cadillac Should Be Focusing On Dodge, Not The Germans 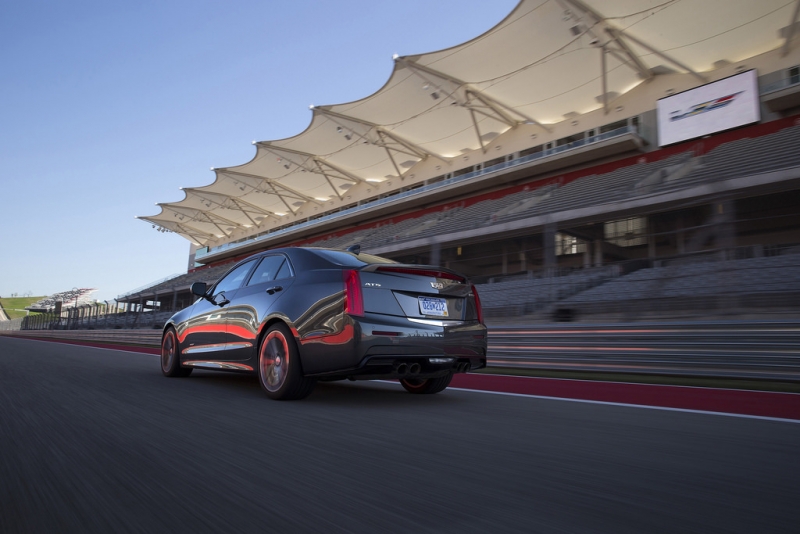 Cadillac’s President, Johan de Nysschen, has been very vocal the past few months after the unveiling of the new Cadillac ATS-V and CTS-V. He believes that the GM luxury brand will compete with the likes of BMW and Mercedes Benz, especially when it comes to performance. But is Nysschen getting too far ahead of himself, especially since the BMW M3/M4 and Mercedes Benz C63 are already on the market? Not only that, but is he also forgetting a domestic rival that hasn’t been part of the discussion when it comes to performance?

Nysschen has been emphasizing performance over luxury when it comes to the ATS-V and CTS-V, essentially stating that this is BMW and Mercedes Benz “fanboys'” worst nightmare. However, by pushing the performance aspect of his two new cars, is he blindly walking into the hands of Dodge? The Charger and Challenger Hellcat could certainly give Cadillac a run for it’s money, especially since they’re all in the same price range, with Dodge offering more horsepower than Cadillac.

Even Cadillac lovers acknowledge that when the debates start firing up between the M3/M4, C63, and the ATS-V/CTS-V, “German car fanboys” revert back to the luxury aspect of their favorite cars. Nysschen is creating a new perception for his company, that Cadillac is no longer the forgotten luxury brand and is now a force to be reckoned with thanks to its performance. But the ambiance that he’s trying to capture might backfire as consumers see Dodge as performance-driven cars, putting Cadillac’s new perception in line with their American counterparts.

The Dodge Charger Hellcat’s starting price is $62,295, while the ATS-V will start at $61,460. The Hellcat has 707 hp and the ATS-V will have a 3.6L twin turbo V-6 supplying 464 hp. While on paper both cars wouldn’t be seen in the same class or market, we are talking about two cars that are in the same price range, both offering performance. Dodge has been forgotten, hidden in the shadows while Nysschen only makes reference to German automakers. A luxury car that offers performance is one thing, but by solely marketing performance, Cadillac is going to find themselves in competition with another American car brand, which wasn’t Nysschen’s intent.

When it comes to cars, American consumers traditionally want performance, power, and speed. Hardcore car enthusiasts on the other hand have always looked across the Atlantic and Pacific for cars that could offer both power and luxury. Cadillac is playing a dangerous game targeting the German car enthusiasts, while they should be trying to acquire American consumers who fully want power. The Dodge Charger and Challenger Hellcat are already satisfying those needs, whereas Cadillac is trying to target two completely different sides of the spectrum.

Cadillac will continue competing against their German rivals, but if they start overlooking the luxury aspect of their new performance luxury cars, they’ll find themselves in the same discussion with Dodge. Nysschen needs to cover all the bases, or the Hellcats will strike with force, putting them into the discussion that they can outperform Cadillacs.

Again, this isn’t Cadillac’s intent, and Dodge shouldn’t even be an afterthought. But when you enter the performance debate, it would be sacrilegious to forget about two muscle cars that are in the same price range, and can offer more horsepower.

Making Sense of the All New 2020 Cadillac CT4 and CT5 – Is Downsizing Good?

Cadillac Will Soon Bow Out Of The Livery Market

What Are Your Thoughts On Cadillac and BMW?