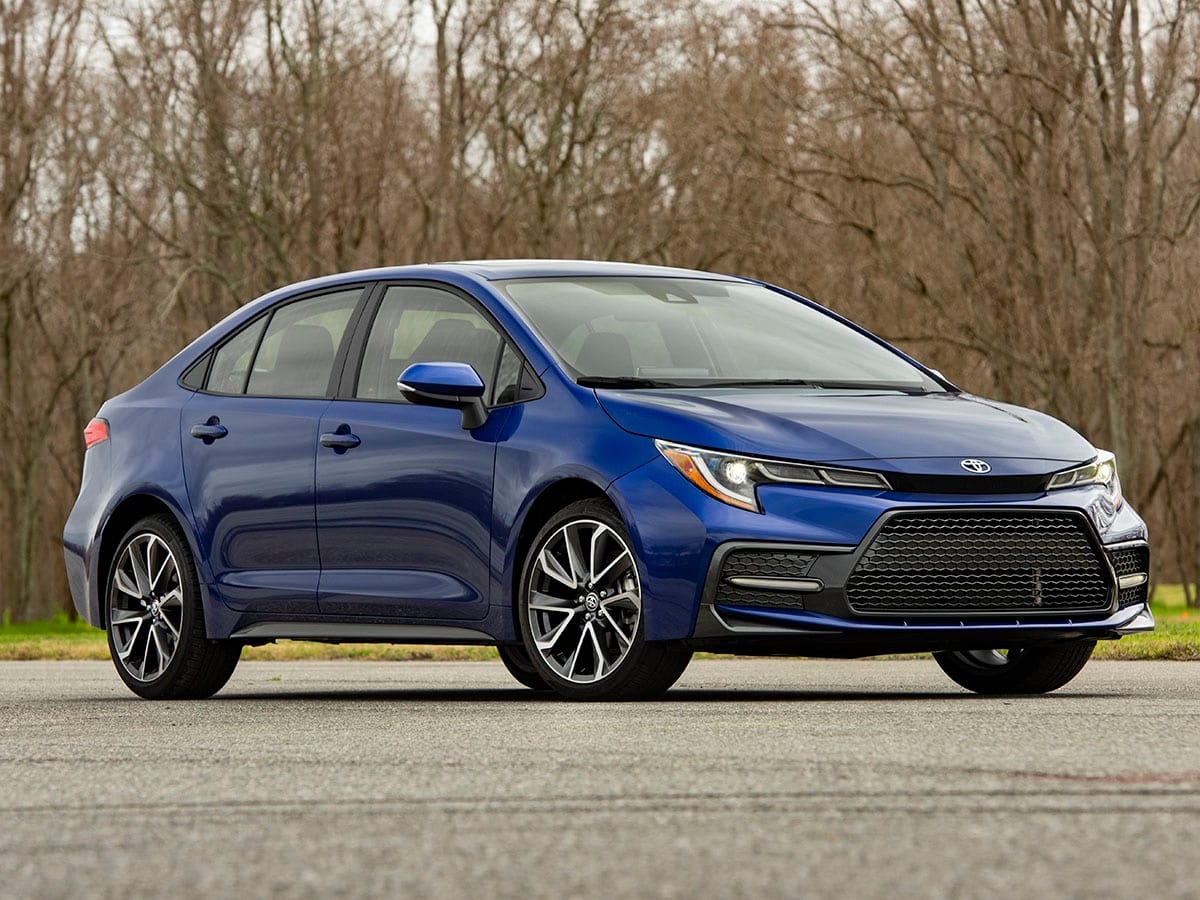 It’s almost becoming a redundant statement when people say, “crossovers are taking over the automotive industry”. The truth always hurts, especially if you’re a car enthusiast. However, Toyota has continued to produce and improve the family sedans in their lineup, and with the 2020 Corolla, the compact car segment might still be showing signs of life. Despite times being dire as Ford and Chevy are leaving the small car market, Toyota surprised us all with a Corolla that just might be the best one yet.

An appealing appearance was never something you’d associate with the Corolla, as practicality and reliability were always main selling points. Starting with last generation, Toyota began marketing towards millennials and younger buyers, and now with a completely redesigned sporty exterior one might argue that it’s the best looking in its class. With a black mesh grille and aggressive front fascia overall, the brand has transitioned to being more performance oriented when it comes to design, mostly due in part to the new Toyota Supra. This sporty theme continues to the rear, as the body lines, black mesh grille, and rear diffuser are elements that were never incorporated into the road presence of the Corolla in recent previous generations.

For the SE and XSE trims, 18″ machined alloy wheels will come standard, which are certainly an upgrade over the 16″ wheels found on L, LE, and XLE trims. Also coming standard are LED daytime running lights and taillights, and for the XSE, heated side mirrors and a power moonroof are additional features that add quality to the new Corolla.

The evolution this car has gone through aesthetically not only indicates the direction the Toyota brand is going in, but it also ensures the survival of this model. The Corolla continues to have a loyal following from consumers that extend decades, but Toyota is well aware that reliability alone no longer equates to sales in an ever-growing demand for more practical crossovers. To help combat this, they gave their compact sedan a hybrid trim that not only comes in at a very affordable base price of just under $23k, but also gets a combined fuel economy 52.5 mpg.

Under the hood of the top trim XSE, the Corolla gets a 2.0 liter 4 cylinder engine that puts out 169 hp and 151 lb ft of torque and is paired with a continuously variable transmission. This is an increase of 29 horses from last generation, and this boost in performance doesn’t negatively effect fuel efficiency either as the Corolla achieves 31 mpg in the city and 38 mpg on the highway. Front wheel drive is your only option for the drivetrain which isn’t a surprise, as many competitors aren’t offering AWD in this segment. Despite the many changes to the exterior, it’s still your reliable and economically practical Corolla, but is the interior just as exciting as the new outward appearance?

Inside you’re greeted by heated front sports seats with fabric inserts for both the driver and passenger. Bolstering is rather impressive for a car in this class, especially for a Corolla. Once behind the wheel you’re going to immediately notice a completely redesigned dashboard, center console, and new for 2020, a 7 inch digital information display between two analog gauges. This instrument cluster will be found in other Toyota products, and with competitors beginning to integrate digital technology in their vehicles, this is one way for the brand to stay relevant in an ever changing digitalized world.

You’ll get Apple CarPlay compatibility along with Amazon Alexa connectivity which you can access through your 8 inch touchscreen. Optional for the XSE trim, you’ll get a navigation system and a 9 speaker JBL sound system. While technology is no stranger to Toyota, there does appear to be an accelerated shift towards reaching a younger consumers base. This approach is a way to not only focus primarily on the fact the car is reliable and safe, but it can also be fun for the driver and passengers as well.

For rear cargo space you’ll get 13.1 cubic ft of cargo room, which is slightly bigger than the Honda Civic sedan. This in my opinion is the reason why Americans are moving on to crossovers, and I don’t think there’s any argument here that cargo volume is one of the Corolla’s biggest weaknesses. However, loyal owners who have purchased this model in the past aren’t in need of versatility, which is why the upgrades Toyota has made to this car, while also increasing its fuel efficiency might just be enough for customers to justify purchasing one more Corolla in their lifetimes.

Looking towards the future, no one really knows whether the compact car market will survive. But one thing is for sure, that the brands who still cater to customers in this dwindling segment are continuing to provide comfort features, economical and financial practicality, and an increase in technology. This alone could still draw buyers, and maybe over time, compact cars will continue to evolve to become more compelling to Americans, but only time will tell.