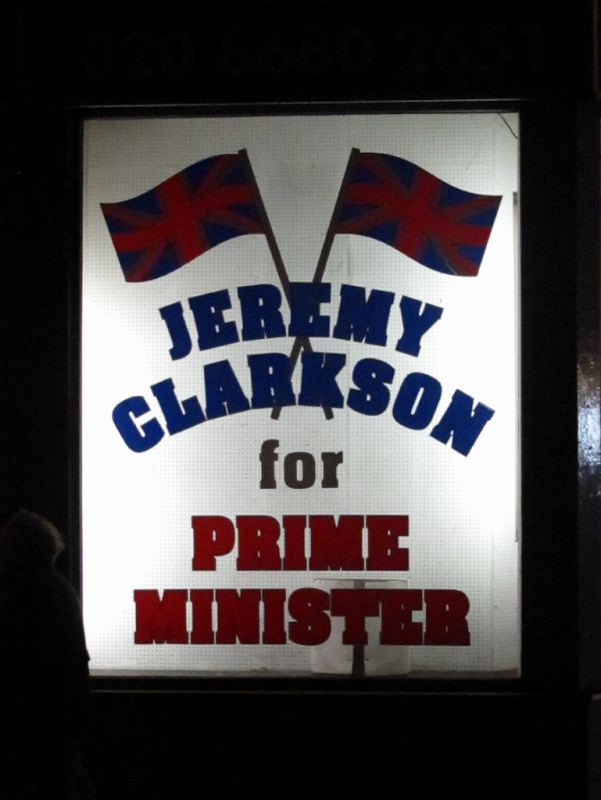 It’s official, Jeremy Clarkson has been fired from BBC after an altercation with a producer. James May and Richard Hammond have already made it clear that they won’t continue making episodes without Clarkson so at the moment, the future of Top Gear looks grim. But BBC loses more than Jeremy Clarkson as Top Gear rakes in 50 million British pounds, the equivalent of $74 mil in our currency. There’s no way that the BBC will make that off their nature shows, Orphan Black, and the Three Musketeers, so it’s a bad business decision for them.

We can sit here and argue for hours about whether this was the right move, but by firing Jeremy Clarkson, BBC has essentially given him, May, and Hammond all the power to creating their own show or joining another network under a different name. There’s already been rumors circulating on the Internet that Sky News and ITV have interest in adding the trio to their TV lineup. Why not? $74 mil in extra revenue in a year is certainly worth it. There’s also rumors that Top Gear will be coming to America, which in terms of business and money, is a great move.

If there is one thing American companies and business owners are good at it’s making money. With Top Gear being on American networks, there would be more distribution, bigger profits, more episodes per year, and a bigger viewing audience. Netflix has also been rumored to be working on a deal with Jeremy Clarkson. So a company that’s dominated the movie rental industry, killing off Blockbuster, would be moving into a new market that will definitely bring revenue. This isn’t the end of Top Gear, this is just the beginning.

People seem skeptical due to the possibility of a non-compete in Jeremy Clarkson’s contract, but since he’s been fired, that contact could be voided, and May and Hammond are sure to follow suit. We’re either going to see this trio on another British TV network, or Top Gear is coming to America. There is no doubt that there are TV executives in the United States foaming at the mouths due to the potential of $74 mil in extra revenue.

Just as car companies are entering new markets and following the money trail, TV networks are going to do the same by trying to acquire these three for another show. The United States has always had businesses that capitalized off opportunities other companies gave them, and the BBC will be, without a doubt, the next corporation making a huge mistake.

This is bad business for the BBC. Think of how many other outspoken and controversial figureheads are still on TV. They bring in revenue and a strong viewing audience. Top Gear isn’t dead, and in fact, we may get a better show without the BBC overseeing operations and hindering these three from making the best TV show on the planet.

It’s your loss BBC. Not Top Gear’s, the fan’s, or Jeremy Clarkson’s. Just remember when viewership rankings tank, and lower yearly revenue starts giving you headaches, that you made the biggest mistake ever.