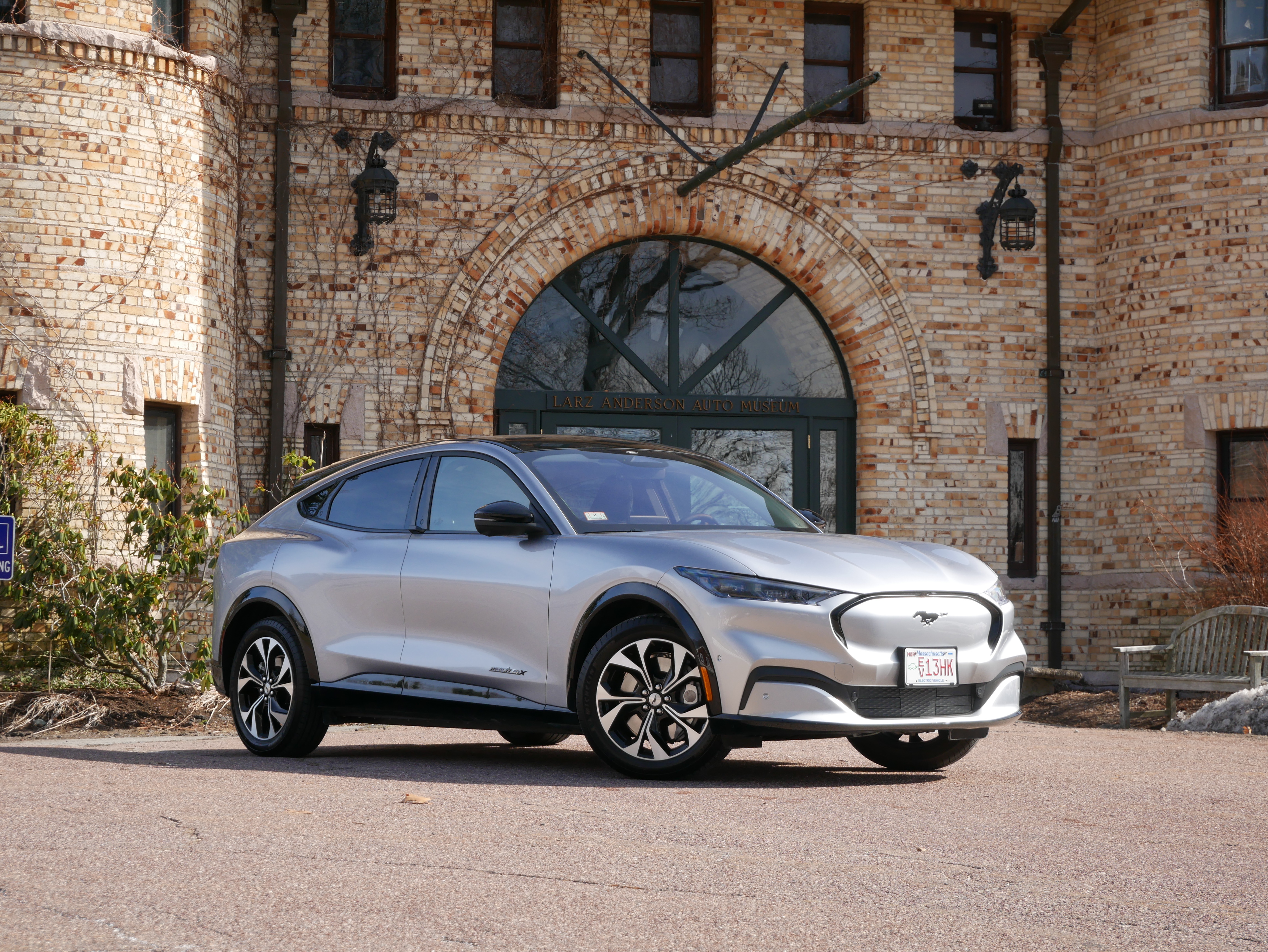 2021 is the year where EV’s are going mainstream as a handful of brands have already unveiled and are currently selling vehicles powered by alternative energy. It wasn’t too long ago that Tesla was the only manufacturer going against the flow, but now we have the Jaguar I-Pace, Audi E-Tron, VW ID.4 and the Mustang Mach-E all adding some variety and unique styling to take on the Model Y and X. Among the list of factors that have kept Americans from hopping on the EV bandwagon and ditching their gas powered cars is pricing, range, and even overall design as these futuristic vehicles are certainly an acquired taste. The Ford Mustang Mach-E is here to change your preconceived perceptions of electric cars, but more importantly could be the game changer that draws in new consumers to a growing market. So here are 5 reasons why you should buy a 2021 Ford Mustang Mach-E.

A theme we often see with EV’s is tech driven and futuristic interiors that propel you into a new generation of automotive history, but not everyone is fans of this drastic change to the ergonomics of cabins for modern vehicles. Tesla for instance has gone with a minimalistic design by having very few physical buttons, and instead most of the settings and functions will be found on their 15 inch touchscreen. Ford on the other hand designed the Mach-E’s interior to be very much like other crossovers in their lineup, with a push button start, physical buttons found on the steering wheel, a digital gauge cluster, a dial that controls exterior lighting, a frunk latch, and gear selector that we now see in most new Ford products.

While some EV’s require you to take some time to get acclimated with everything, the Mach-E allows you to step inside, put it into drive, and you’re on the road immediately with no learning curve whatsoever. Of course, that massive 15.5 inch screen is something you’ll have to get used to, but if you’re familiar with Ford’s user interfaces, it should become second nature after 5 minutes or so. Because of the conventional layout for the interior, the Mach-E feels like a natural progression in the world of automotive design, and is one of the reasons why this crossover has become an overnight success as it brings a sense of the present and mixes it with the future, rather than giving you this perception that you were transported 10 years into the future like you feel with Tesla.

As enthusiasts we prefer the sound of gas powered motors and the ability to row through the gears ourselves, and for many in the car community there has been some skepticism as to whether electric cars can rival modern day vehicles when it comes to driving dynamics, cornering, and acceleration. Without stating the obvious that this crossover has Mustang emblems found throughout this vehicle, many people assume it will drive like a sports car, or at the very least have high expectations that it won’t be your average, every day SUV. We’re happy to report that Ford didn’t forget about us, and in fact for the short term, is one of the more powerful options available in the EV segment not named Tesla, and should fulfill the desires many buyers have when it comes to performance.

The model used in the full review was the Premium with dual electric motors and the extended range battery to give us 346 hp and 428 lb ft of torque and a 0-60 time of right around 4.8 seconds which falls right in line with the Model Y Long Range. With 270 miles of range on a full electric charge, the fun continued for many hours during my time with the Mach-E, and that is more than enough range for most buyers who have shorter commutes. Due to the battery placement, the Mach-E has a low center of gravity, making backroad driving extremely enjoyable as you silently carve your way through rural areas. Where this crossover does differ from the Model Y is that you won’t get thrown back in your seat, and after spending 24 hours with this EV, it feels more like a luxury crossover rather being more performance oriented, and that isn’t a bad thing at all especially when Ford will be offering a Mach-E GT later this year.

You’ve probably said to yourself recently, “I like the idea of going electric, but they’re expensive and out of my budget”. While the model used for this video is a Premium, you can go with a Select trim that starts just under $43k, and since this vehicle qualifies for the $7500 tax credits you could be paying less than $40k. Even for the Premium, you’re looking at potentially spending below $50k, and that’s including the dual electric motors and extended range battery. When compared to the Tesla Model Y Long Range, price ranges matchup pretty evenly unless you opt for the $10k self driving package that Tesla offers.

However, where the Mustang Mach-E can become very successful is by drawing in consumers who are unable to spend $70k on an Audi E-Tron or Jaguar IPace, and when you look at available range and optional equipment, the Mach-E provides quite a lot of value for a crossover with a price tag below $50k, and is actually a better alternative to Tesla than the VW ID.4.

Automotive design for hybrid and electric vehicles hasn’t always garnered positive attention, especially for cars priced at or below $50k. The emphasis on futuristic styling that resembles renderings for concept cars often makes their way onto the final product, and rather than producing attractive, sleek, and streamlined vehicles that blend in on the highway, brands give buyers a hybrid or EV that’s going to draw negative or unwanted attention. The Ford Mustang Mach-E bucks this trend, despite purists being up in arms over the nameplate, and unlike competitors, have an inspiring and cool road presence for this crossover that takes design elements from the Mustang, especially with the taillights.

One of the criticisms Tesla has faced over the years is that their cars are very bland, and now with other options in this price range, the Model Y certainly won’t be seen as best looking in it’s class. On the there hand, you then have legacy manufacturers trying to appeal to a younger demographic with sharper body lines and eye catching designs that just don’t translate to most consumers. Ford went more traditional, and if you had no prior knowledge of this crossover you’d probably think it’s gas powered, which isn’t far fetched as we’ve seen sporty and athletic SUV’s over the years based on performance cars. What Ford has essentially done with the Mach-E is embrace the future while also sticking to conventional methods that could have a positive impact on the EV market as a whole, and prove to Americans that you can in fact own a cool looking car that’s powered by alternative energy

With Tesla setting the bar high for what an EV should be in 2021, many have waited for a true rival that could give the brand a run for their money. But as recent history has shown us, manufacturers have had a difficult time emulating the successTesla has had with their vehicles, while also falling short when it comes to range and pricing. However, the Ford Mustang Mach-E is the first EV from a legacy brand that has the full package of being efficient, practical, and affordable, while also having a striking road presence. Up until 2021, we couldn’t say that for most EV’s, and even today as we see new arrivals to this segment like the VW ID.4, Ioniq 5, and Kia EV6, the Mach-E still appears to be the crossover to beat among brands not wearing the Tesla badge.

Enthusiasts and purists believed Ford was making a mistake by sticking the Mustang emblem on their first ever electric car, but not even a few months in, and the popularity and enthusiasm is off the charts. Time will only tell, but this could very well be the crossover that propels Ford to being one of the leaders in the next generation of automotive design and technology.