1998 Pontiac Firebird vs 1998 Chevrolet Camaro: Which is Better? 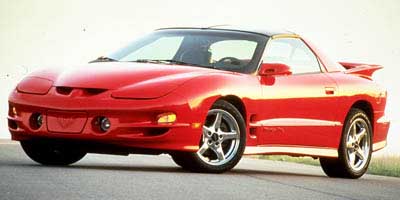 At the time there was much debate over which car was better, the 1998 Pontiac Firebird or the 1998 Chevrolet Camaro. There is no doubt that in the 90’s, both of these American muscle cars were special in their own way, re-igniting the passion that had been lost with muscle cars over the years. In 1998, owning a Firebird or Camaro was a must; they were American, fast, and both came as convertibles or hardtops. They were the Goliaths of their time when it came to sports cars under $35,000, and even today, they still hold the same significance and might.

Both the Z28 Camaro and Firebird Trans Am had V8 engines that supplied 305 hp; the SS Camaro was given 320 hp. What also made them special was that they were customizable, which wasn’t too common with American cars at the time, as Japanese automakers were cheaper and so were the aftermarket parts. From a younger generation’s perspective, both the Firebird Trans AM and SS Camaro became the ultimate sports car that gave them the power they wanted without spending too much. These two muscle cars had the upper hand on the Japanese models that were popular with young adults, something that had been lacking until a few years ago with the reemergence of the Chevy Camaro, and Dodge Charger and Challenger.

To be fair, the Firebird and Camaro weren’t all that different. The body shape was similar, both had models with T-tops, and they were cars built by GM. It really comes down to personal preference, which if you didn’t own either of them, you’d probably still be debating whether the Camaro was better than the Firebird.

With their similarities, it might be safe to say they were both great, and still are. The roar of the V8 engine, combined with the T-top, and the appeal of a sports car, put them on every kid’s and adult’s wish list for sure. They will forever be classics, something that’s not usually said about cars manufactured in the 1990’s, but the Camaro and Firebird were very special and one of a kind.