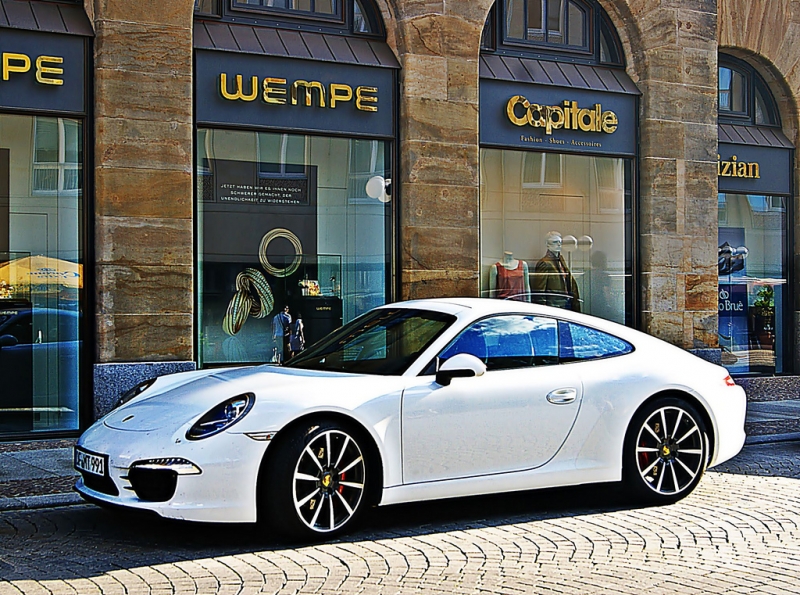 As we’re heading into the fifteenth year of the new millennium, the automotive world has changed quite a bit from twenty years ago. Sedans have more powerful engines, which means more horsepower, smaller SUV’s and crossovers can be found in almost every car manufacturer lineup, and technology in both the engine and the interiors of vehicles have now taken precedence over power. When it comes to the traditional sports car, is their time coming to and end? BMW’s Sales Chief Ian Robertson thinks so.

“The sports car market is roughly half of what it used to be,” Robertson told Bloomberg. “Post-2008, it just collapsed—I’m not so sure it’ll ever fully recover.”

To keep his comment in context, he’s not referring to the exotic luxury sports car market that includes Ferrari and other premium brands. Two-door coupes in general have been waning, and to take their place, sedans which used to be seen as for the average adult, now have sports packages that certainly would make a consumer question the long term value of buying a coupe.

Two-door coupes really aren’t that practical for families, or young adults who want to drive their friends around town. There’s less carrying capacity for both people and groceries which could definitely be a hassle if you’re moving into a dorm or shop frequently. Looking at how the automotive world has evolved over the past decade there are certainly better options out there for the average consumer.

Hatchbacks and sedans today offer everything the car enthusiast and everyday driver wants from a car. Cargo space, seating capacity, and more importantly stronger engines with more horsepower. While some would say sports car have a better center of gravity and can take turns better, how important is that to people who just want to get from Point A to Point B?

Sports cars have been on the downward trend. However, while the sports car market is slowing down for automakers, Ford, GM, and Dodge have re-introduced the muscle car to the American driver. Ford’s new Mustang that has the body style of the 1960’s, Dodge’s Charger and Challenger Hellcats that pack a whopping 707 horses, and Chevy’s Camaro are all grabbing the attention of sports car drivers. But other than the Americans, many car companies have turned their focus to serving the consumer who wants a four-door.

Even Porsche has slightly strayed from their identity as they’ve come out with to SUV’s and the four-door Panamera. Volkswagen is discontinuing their Eos, Volvo stopped producing the C30 and C70, Mazda has no plans to remake an RX-8, Chrysler is putting more focus on the 200 sedan rather than the coupe which they do offer, BMW is adding a four door to their 4series, and Audi has released sketches of a four-door TT. The trend in the automotive market is moving towards sedans and SUV’s, and whether that has anything to do with the fact that they’re more practical, or manual transmissions (which are usually found on sports cars) are becoming a thing of the past, we can’t lie to ourselves and think that Ian Robertson is wrong.

As I said before, he wasn’t saying anything about the exotic sports car market which is seeing strong sales numbers; he’s referring to the market that BMW is in. Consumers want smaller four-door cars, and that’s what we’re seeing car companies building. While Ian Robertson might be right about the sports car market, the four-door sedans of today have that sports car identity built in them that makes the Dodge Charger, Chrysler 200S, Audi S4, and the Lexus IS-F very popular cars.