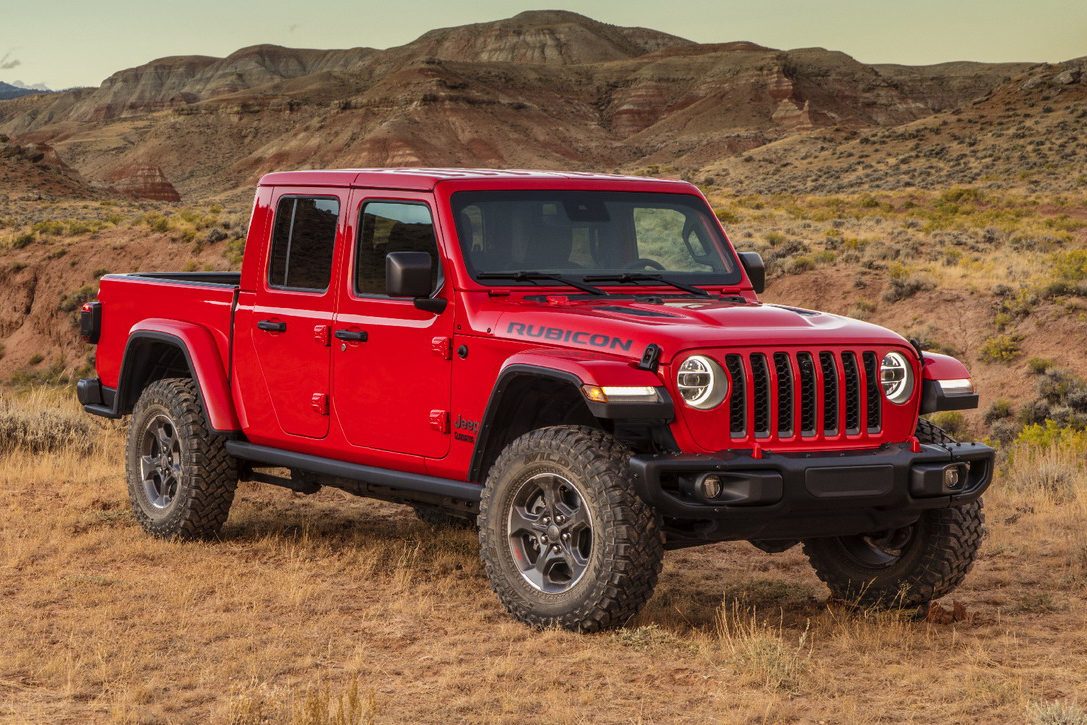 “It’s a Jeep thing, you wouldn’t understand”. This is a statement that’s become a tagline and basically a way of life for Jeep owners, as the culture that surrounds these vehicles is something not many of us truly understand. We’re well aware of the stereotypes out there that describe these unique owners and their community, but now with the 2020 Gladiator, I think our ignorance is really showing. Talk to anyone who’s never owned a Jeep and they’re perplexed at this creation, and will either state that it’s not true pickup truck or it looks way too big to compete with the Chevy Colorado, Ford Ranger, and Toyota Tacoma.

Let’s state the obvious first, the 2020 Gladiator is a Jeep Wrangler with a cargo bed. You’re not going to notice much of a difference when it comes to driving dynamics, the roof and doors can be taken off, and the layout of the dashboard and interior is essentially identical to a Wrangler. So why is the Gladiator receiving so much hype from the Jeep community if fundamentally there’s nothing that distinguishes it from a vehicle most Jeep enthusiasts already own? That’s where our ignorance blocks us from seeing things from the perspective of a Jeep owner who has been longing for a cargo bed.

Before the Gladiator, to convert the Wrangler into a pickup, you were looking at spending at least $10k. But this alone doesn’t explain why there’s a need for it. I have some good friends in the Jeep community, and it really boils down to utility and versatility as owners are more likely to go off-road or frequently embark on outdoor adventures. The cargo bed allows Jeep owners to carry more gear and equipment as more often than not, friends or family are tagging along on these journeys. The Wrangler, while being versatile, does lack practicality if you load up the vehicle with people, take the doors and roof off, and have no where to tie down items that can’t fit in the rear cargo area. The Gladiator is actually a vehicle designed for a specific group of owners, and this is one of those rare moments that a brand actually listens to their most loyal buyers.

For that reason, that’s why the Gladiator is basically a Wrangler JL and not a model built on a different platform. Jeep rewarded their customers who’ve waited for a long time, but may also draw interest from consumers who never considered purchasing a Jeep vehicle. For performance the Gladiator comes with a 3.6L V6 engine that puts out 285 hp and 260 lb ft of torque and can be paired with either a 6 speed manual transmission or 8 speed automatic. 4WD comes standard, unlike competitors who offer RWD as the standard drivetrain. The Gladiator also boasts the highest towing capacity for gas powered engines in this segment with 7,650 lbs. Payload capacity falls just short of taking the top spot with 1600 lbs.

Inside you’re greeted by an identical interior to what you’d expect in a Jeep Wrangler. However, because this is a pickup truck, the Gladiator also has the highest interior volume in it’s segment, so there’s another check mark for the list of accolades for this vehicle. You’ll get leather trimmed seats all around, and for the driver and passenger you’ll get heated seats to go along with a heated steering wheel if you option for the cold weather package. Unfortunately both front seats can only be adjusted manually as there’s no power seats available even on the Rubicon.

Since the doors can be removed, all the switches and buttons are found below the infotainment system and climate controls. This same setup is also found in the back, as passengers will have to reach to roll the rear windows up or down. Having the ability to function as a convertible, you’ll find four latches above your head up front, which quickly and conveniently removes the front portion of the roof. For the rear section, you will need tools to remove the bolts holding it in place. There’s no reason to run to a Home Depot to Lowe’s, as Jeep provides a packet of tools in the center storage compartment. If you’re like me, you get a bit anxious about losing the bolts for the roof and doors, but Jeep already had us in mind as there’s a compartment behind the rear seats specifically designed for the bolts, with the placements being marked so you know exactly which panel they belong to.

That isn’t the only cool and unique feature about this pickup. By using the infotainment system, you can access your “Trail Cam” which shows what you might be driving over if you’re off-roading. Obviously on an adventure the camera will likely get muddy or dirty, but with the press of a button on your screen, a stream of water helps clean the lens so you don’t lose the functionality of this feature. Just like with the backup camera it also has trajectory, so if you’re on the trail or even in parking in a lot, you’ll know exactly where your Gladiator is going.

Then in the back for the 5′ cargo bed that comes standard, Jeep offers a cover so all your belongings are secure. When the tailgate is locked there’s no way of accessing your belongings, which gives you a peace of mind if you’re on a hike or at the beach. It’s these small touches that honestly makes me like the Gladiator, because if you’re going to brand the pickup as being an off-roader that can also be a convertible, then a locking bed cover and trail camera are very convenient features to have.

At the end of the day, I don’t think it would be out of line to say that current Jeep owners already know what the Gladiator is capable of. However, for consumers just entering this market, how would this Jeep pickup compare to some competitors?

The Ford Ranger is almost car-like when it comes to driving dynamics, and it seems more civilianized, fitting a daily driver lifestyle. The Chevy Colorado on the other hand is more purpose built, rugged, and is likely to be better suited off-road than the Ranger is. The Gladiator enters the fray as being a jack of all trades. It functions as a pickup but has the rear legroom of a traditional crossover, provides comfortable leather seats, and is also the ultimate adventure vehicle that can tackle many obstacles that stands in its way.

As a final statement, “It’s a Jeep thing, you wouldn’t understand”, perfectly describes this pickup. Many non-Jeep owners will still scratch their heads and may never fully understand the Gladiator, but for enthusiasts this pickup is a dream come true.